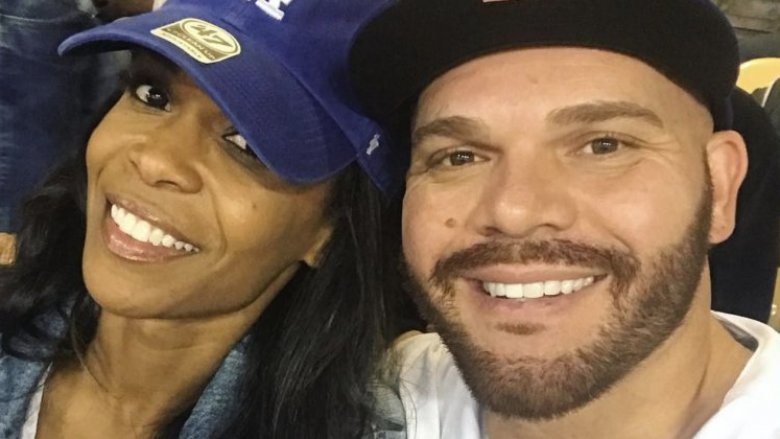 Singer Michelle Williams and her fiancé, pastor and life coach Chad Johnson, are headed toward Splitsville.

On Friday, Dec. 7, 2018, the former Destiny’s Child hitmaker took to her Instagram Stories to announce that she and her fellow Chad Loves Michelle star have called it quits just eight months after getting engaged.

“I still remain fearless. I guess I still remain single! Things didn’t work out,” Williams wrote to her 831,000 followers in a black-and-white text-post, which has since been deleted (via Us Weekly). The R&B songstress, who’s currently performing as Erzulie on Broadway in Once on This Island, added, “The healing that needs to take place is a must! I don’t wanna destroy another relationship. Blessings to him, his family and ministry. #FEARLESS.”

For his part, Johnson has yet to publicly comment on the former couple’s breakup news at the time of this writing.

As Nicki Swift previously reported, Williams, 38, and Johnson, 41, announced their engagement in April 2018, after meeting on a spiritual retreat in Arizona in March 2017. The “Say Yes” singer, who opened up about her battle with depression after receiving treatment in July of this year, recently gushed about her now-ex on Instagram.

“All I can think of are the lyrics to a song Brandy has called ‘He Is’!!” Williams wrote in part in mid-November 2018, captioning a snapshot of Johnson. “@chadjohnson77 has been an angel to me! All of me fell in love with this man who serves God and his @elevateint ministry in Phoenix, AZ with all of his heart for over 20 years.” She concluded the heartfelt post with, “I’m excited about doing purpose with YOU!! Honey, it’s your time NOW!! God is truly about to do exceedingly and abundantly above all you can ask or think!! I love you Pastor Chad!!”

Sadly, these two aren’t the only celeb pairing to split this week. On Wednesday, Dec. 5, rappers Cardi B and Offset broke up after one year of marriage. The “Bodak Yellow” rapper, who later shared the first photo of their daughter, Kulture, announced the news in an Instagram video, telling her fans in part, “Things just haven’t been working out between us for a long time and it’s nobody’s fault. I guess we grew out of love, but we’re not together anymore.”