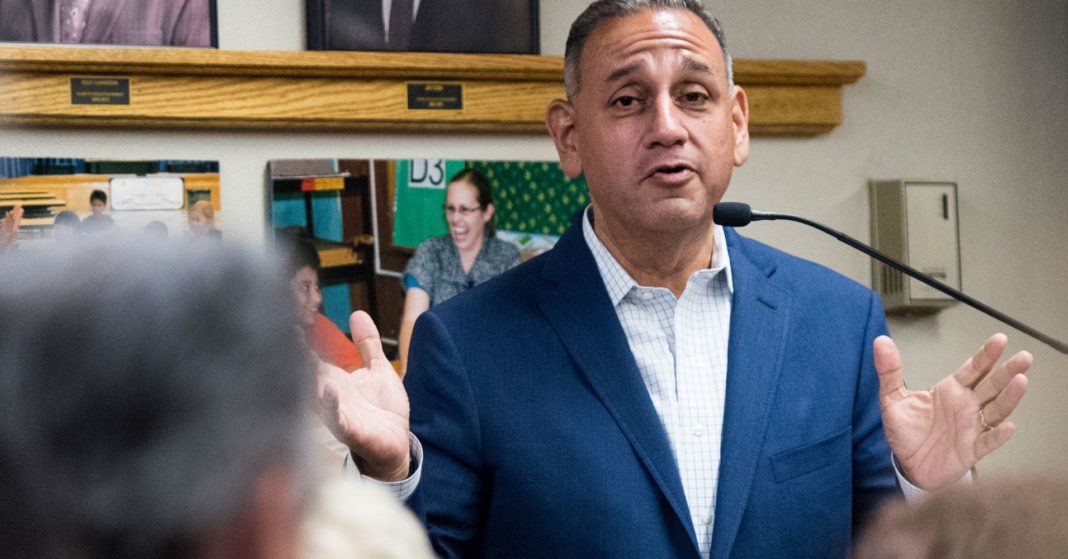 Democrat Gil Cisneros is the apparent winner in the tight race in California’s 39th Congressional District, according to NBC News, beating his Republican challenger Young Kim and bestowing the Democrats with their sixth pickup in California.

The victory is significant, given that the 39th district is one of seven seats in Orange County, a traditional GOP stronghold southeast of Los Angeles and the birthplace of President Richard Nixon. The win by Cisneros, a Navy veteran and philanthropist who is taking over the seat vacated by retiring Republican Rep. Ed Royce, flips the district from red to blue, and means that Congressional Republicans will be shut out of Orange County for the first time since the Great Depression.

Cisneros won a $266 million lottery jackpot in 2010, and used some of that bounty to vastly outspend his Republican challenger, essentially financing his own campaign. The race for the 39th was one of the most expensive House races in the country, with Cisneros spending about $9.7 million — including $8 million of his own money — and Kim spending nearly $1.9 million.

Kim conceded the race Saturday, tweeting that she called Cisneros to congratulate him and offering him best wishes in Congress.

Kim, who emigrated from South Korea as a child, is a former state legislator who spent two decades as a congressional aide to Royce, chairman of the House Foreign Affairs Committee and a critic of the Iran nuclear deal. Royce, a 13-term congressman, announced earlier this year he wouldn’t run for re-election.

Immigration was one of the major issues in the district, which has a high Asian and Latino population. In a debate in October, Kim expressed support for the Deferred Action for Childhood Arrivals program, or DACA, which protects people brought illegally to the U.S. as children from deportation and also provides them work authorization. However, Cisneros sought to frame Kim’s DACA support as disingenuous, and cited her record in the state Assembly opposing a program to help undocumented students.

–The Associated Press contributed to this article.