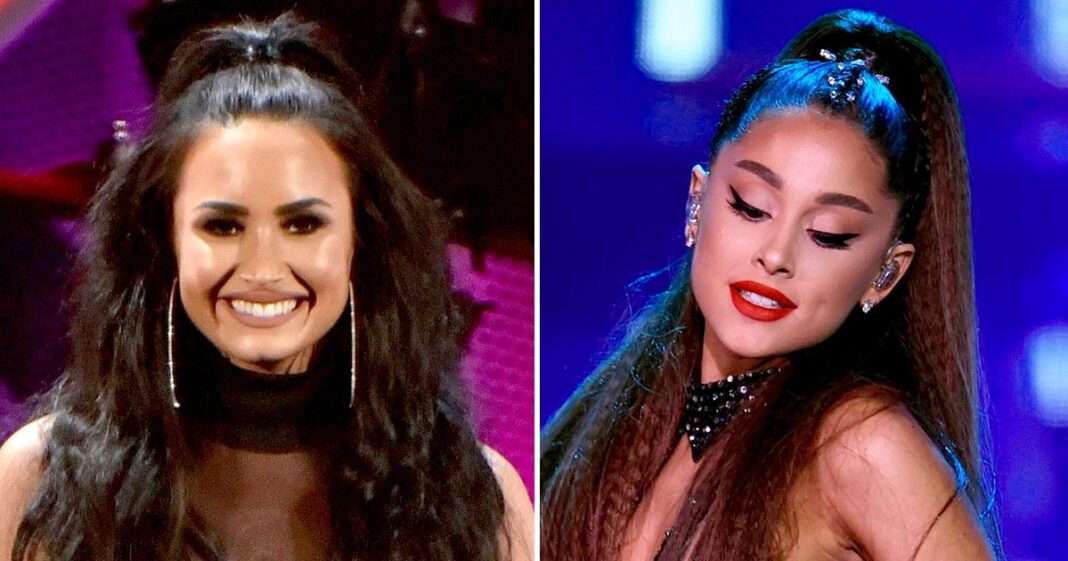 Demi Lovato kicked off her 27th birthday in the most epic way — at an Ariana Grande concert in London on Monday, August 19.

Grande, 26, honored Lovato backstage ahead of her show with a group prayer that included the Camp Rock alum and both of the singers’ manager, Scooter Braun. “This was too sweet not to post….” Lovato captioned a video of the moment that ended in the pals hugging. “I’m so so proud of you @arianagrande. You f–king killed that!!! I love you tons.”

Lovato documented the show in a series of Instagram Stories that showed her dancing the night away alongside Braun, 38, and a handful of other friends. Later in the night, the “Sorry Not Sorry” songstress was gifted a white birthday cake.

“Okay, last one before bed,” Lovato wrote alongside a video of her blowing out the candles. “They literally filmed/sang happy birthday twice and @scooterbraun STILL forgot to press record.”

Grande had a hilarious response to Braun’s lack of Instagram video skills. “@arianagrande’s face is everything and this video is a perfect glimpse of how f–king happy and rad my birthday is this year,” Lovato continued her caption. “So so happy. And I love my new family. Thank you guys, love you.”

The former Disney Channel star’s birthday comes just over a year after she suffered a near-fatal drug overdose in July 2018. After two weeks in the hospital, Lovato checked into a treatment center where she completed a stint in rehab.

Earlier this year, Lovato revealed she would be working with Braun on her upcoming music ventures. “GUYS!!!!!!! Dreams came true today for me. I officially have a NEW MANAGER!!! And not just any new manager but the one and only @scooterbraun,” she shared in an Instagram post in May. “Couldn’t be happier, inspired and excited to begin this next chapter with you Scooter!!! Thank you for believing in me and for being apart of this new journey.”

Scroll down to see photos from Lovato’s 27th birthday celebration!