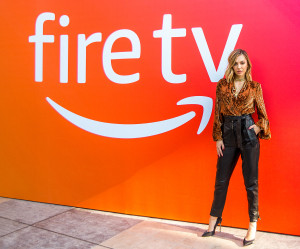 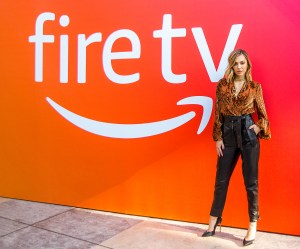 Celebs were out and about this week, from Delilah Belle Hamlin showing off her festive style at the Amazon Fire Pop-Up in L.A., to Jonathan Van Ness enjoying a massage and facial, to Anne Hathaway attending a movie screening. Read on to see more of what the stars have been up to!

— Delilah Belle Hamlin chatted with onlookers about how she uses Fire TV to stream gift-wrapping tutorials during the holiday season at The Amazon Fire TV Pop-Up inside the Atrium at Westfield Century City in L.A.

About Last Night: See the Best-Dressed Stars on the Red Carpet and Beyond 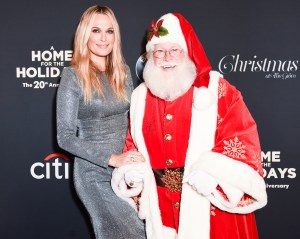 — Molly Sims looked chic as she hosted Christmas at The Grove in L.A.

— Bethenny Frankel and friends enjoyed dinner at Wolfgang Puck restaurant at CUT New York where they noshed on the steak tartare and tuna tartare.

— Lisa Rinna joined music mogul Vince Herbert and Mercedes Javid at Project Angel Food where they made a record number of meals for those living with critical illness and families affected by the Woolsey fire on Thanksgiving Day in L.A.

— Anne Hathaway attended a Cinema Society screening of Roma at the DGA Theater and afterparty at The Pool. 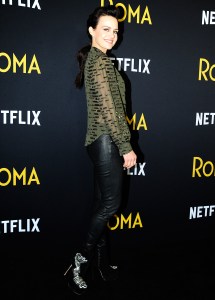 — Carla Gugino attended the Netflix special screening of “Roma” at the Directors Guild of America Theater in NYC.

— Ben Platt and Mary-Louise Parker attended an event to celebrate Ben’s Back at The Whitby Hotel in NYC. 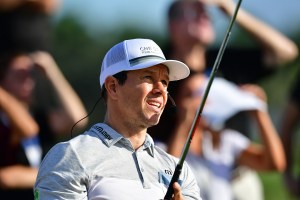 — Mark Wahlberg competed in a Beat the Pro closet-to-the-pin competition at the CME Group Tour Championship in Naples, Florida which raised more than $100,000 for St. Jude Children’s Research Hospital.

— Why Don’t We bowled while visiting Lucky Strike Houston, Texas.

— Kate Hudson sipped on a glass of Perrier-Jouët as she attended the Palisades Village Tree Lighting with Danny Fujikawa and their daughter Rani.