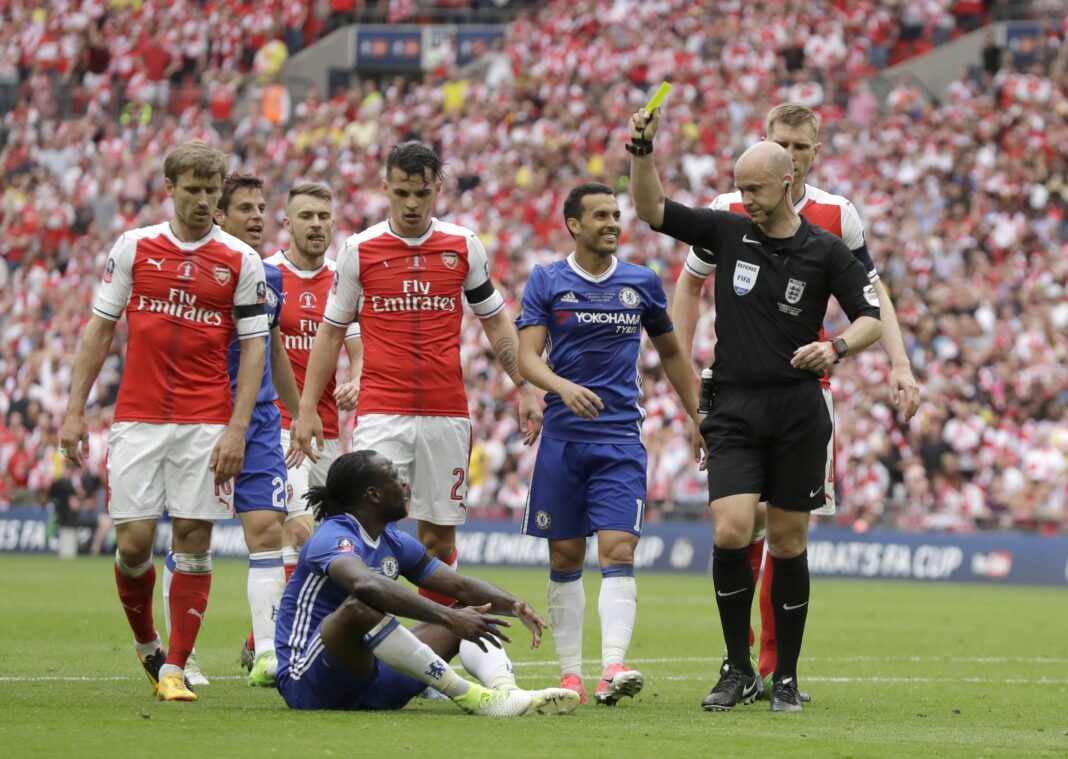 Nigeria International and Chelsea’s Victor Moses is an honest player, his manager Antonio Conte has said.

Conte was offering a defence for the player, who was shown the red card during the Emirates FA Cup final between Chelsea and Arsenal. The referee believed Moses dived in the 68th minute inside the Arsenal box to win a penalty for his team.

Replays showed there was no contact between him and Arsenal’s  Alex Oxlade-Chamberlain.

Referee Anthony Taylor, having already booked Moses for a tug on Danny Welbeck, was in a good position to spot the dive and issued a second yellow card for simulation.

Chelsea went on to lose the FA Cup final as Arsenal denied the Premier League champions a double with a 2-1 victory at Wembley.

But Conte refused to hang Moses out to dry and hinted that the 26-year-old could have gone to the ground due to tiredness rather than with the intention to cheat the referee.

‘Honestly, I did not see the situation,’ the Italian said via FourFourTwo.

‘I do not know for sure, but there is a lot of attention on this moment. Sometimes I think it could be tiredness,’ Conte said.

‘We are at the end of the season and a lot of players are tired and then there is a lot of pressure.’

Though Conte did admit his player went to the ground without contact, he insisted that Moses would not have tried to deceive Taylor.