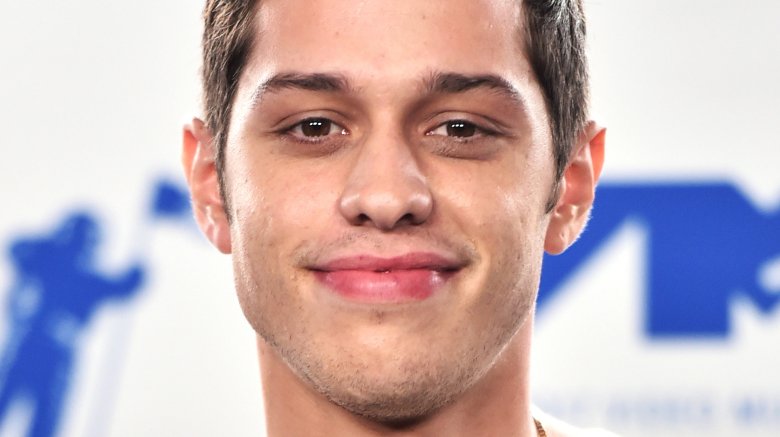 While hanging out with a friend in New York City on Wednesday, Oct. 17, 2018, the comedian was spotted out and about for the first time following his recent split from ex-fiancée and pop star Ariana Grande, Entertainment Tonight reports.

According to a source cited by E! News, “Pete’s doing fine. He has a strong support system of family and friends around him that are keeping him laughing.” Noting that Davidson is “staying with family in New York right now,” the insider went on to say, “While Pete’s focusing on himself, he always wishes the best for Ari.”

As Nicki Swift previously reported, Davidson, 24, and Grande, 25, called it quits on their five-month relationship on Sunday, Oct. 14. Amid their high-profile romance, the duo famously announced their engagement in June 2018 after only a few weeks of dating.

At the time of this writing, Davidson has yet to publicly comment on the former couple’s breakup. While understandably opting to stay out of the public eye, he even canceled a headlining gig at Temple University’s Comedy Night Live in Philadelphia, Penn. for “personal reasons” on Wednesday (via Us Weekly).

For her part, Grande broke her silence on the matter in a since-deleted Instagram Stories post on Tuesday, Oct. 16. After announcing a social media break to her 131 million followers, the “No Tears Left to Cry” hitmaker wrote, “It’s hard not to bump news n stuff that i’m not tryna to see rn. it’s very sad and we’re all tryin very hard to keep goin. love u. and thank u for bein here always. love.”

Hours earlier, Grande made her first public appearance in weeks while performing “The Wizard and I” at the taping of A Very Wicked Halloween, an upcoming televised concert special celebrating Wicked‘s 15th year on Broadway. Following the tragic death of her ex-boyfriend, rapper Mac Miller, who died of a suspected overdose on Sept. 7, the pop star decided to take some time away from the spotlight. The late rapper’s untimely passing reportedly played a major role in her decision to end her whirlwind romance with Davidson.

While Davidson and Grande both focus on mending their broken hearts, they appear to at least be on good terms following a seemingly amicable split. The stand-up comedian was reportedly “happy” that his musician ex sang at A Very Wicked Halloween, an insider recently told E! News, adding, “That was always a dream of hers.”