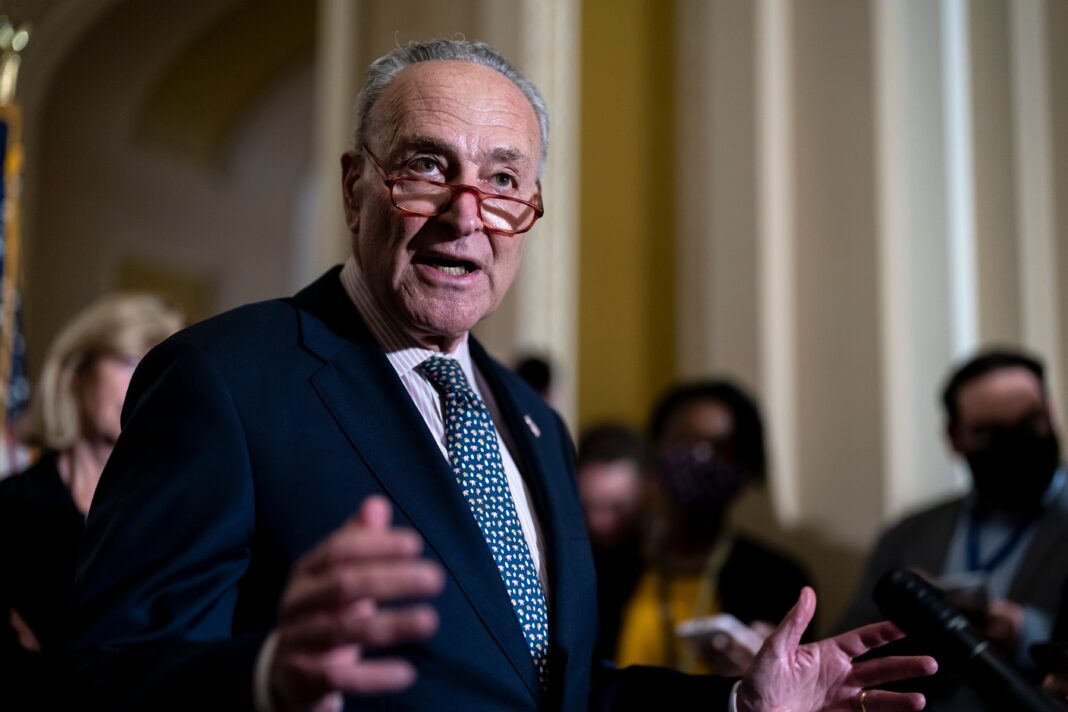 Senate Majority Leader Chuck Schumer (D-N.Y.) on Thursday condemned Saudi Arabia for participating in a decision by OPEC+ countries to cut the production of oil to boost prices.

Energy ministers of oil-exporting countries, including Saudi Arabia and Russia, on Wednesday decided to reduce production by 2 million barrels of oil per day starting next month, the Associated Press reported.

The decision is good news for Russian President Vladimir Putin given that higher prices of oil could help him fund his war in Ukraine. It could also challenge Europe’s united support for Ukraine as the continent faces a projected economic squeeze this winter.

“What Saudi Arabia did to help Putin continue to wage his despicable, vicious war against Ukraine will long be remembered by Americans,” Schumer wrote on Twitter. “We are looking at all the legislative tools to best deal with this appalling and deeply cynical action, including the NOPEC bill.”

What Saudi Arabia did to help Putin continue to wage his despicable, vicious war against Ukraine will long be remembered by Americans. We are looking at all the legislative tools to best deal with this appalling and deeply cynical action, including the NOPEC bill.

The No Oil Producing and Exporting Cartels bill, which the Senate Judiciary Committee approved in May, would rewrite the law to allow for antitrust lawsuits against OPEC+ members and national oil companies, according to Reuters.

Following the OPEC+ announcement, the White House put out a statement by national security adviser Jake Sullivan and National Economic Council director Brian Deese pledging the administration will now “also consult with Congress on additional tools and authorities to reduce OPEC’s control over energy prices.” This was interpreted as a possible signal that the White House could be prepared to support the NOPEC bill, a move it has previously resisted, according to Reuters.

White House press secretary Karine Jean-Pierre called the move “shortsighted while the global economy is dealing with the continued negative impact of Putin’s invasion of Ukraine.”

President Joe Biden on Thursday said he was disappointed by the OPEC+ decision. He also defended his controversial trip to Saudi Arabia over the summer, saying “it was not essentially for oil.”

“The trip was about the Middle East and about Israel and rationalization of positions,” he said.