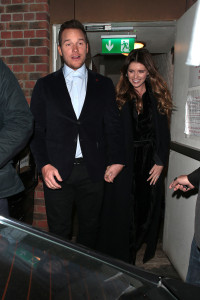 They’ve only been engaged for a few weeks, but Chris Pratt and Katherine Schwarzenegger are already talking wedding dates, the Guardians of the Galaxy star confirmed to Us Weekly exclusively.

Chris Pratt and Katherine Schwarzenegger: A Timeline of Their Relationship

Pratt, 39, told Us at the premiere of The Lego Movie 2: The Second Part in Westwood, California, that they haven’t “really” started wedding planning, but they already have an idea of the theme for their nuptials.

“A little, you know, maybe fall, winter kind of thing and you know, we’ve got a lot to get done,” he told Us. That would put their wedding anywhere between September 23 this year and March 19, 2020. 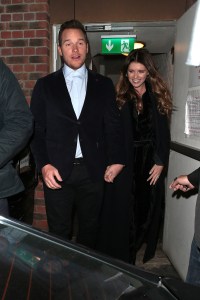 Pratt added that his son Jack, 6, who he shares with ex-wife Anna Faris, is “so thrilled” about the impending nuptials.

The Parks and Recreation alum announced the couple’s engagement on Instagram on January 13. “Sweet Katherine, so happy you said yes! I’m thrilled to be marrying you. Proud to live boldly in faith with you. Here we go!” he captioned a photo of the pair with the Rock What You’ve Got author showing off her $400,000 engagement ring.

The couple, who were first spotted together in June 2018, were congratulated by celeb friends as well as Faris, who wrote on his Instagram post that she was “so happy for you both!!”

Pratt has since spoken about his plans to have a family with Schwarzenegger, 29, who is the daughter of Arnold Schwarzenegger and journalist Maria Shriver, telling Entertainment Tonight at the end of January that he wants to have “lots of kids.”

“I always want to be that guy that works to live, not lives to work,” he said. “I think [I want to spend] just a lot of time at the farm and a lot of time catching a lot of fish and seeing lots of sunsets.”