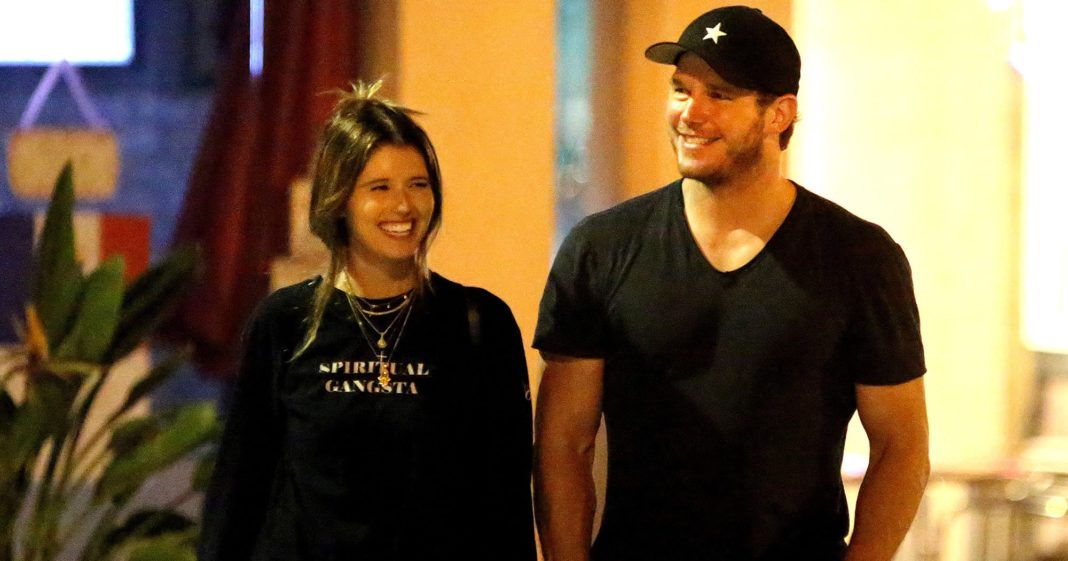 He proposed! Chris Pratt revealed on Sunday, January 13, that he is engaged to girlfriend Katherine Schwarzenegger.

“Sweet Katherine, so happy you said yes! I’m thrilled to be marrying you. Proud to live boldly in faith with you. Here we go!” the Guardians of the Galaxy star, 39, captioned an Instagram photo along with a ring emoji, praying hands and a red heart.

In the photo, the author, 29, has her arms wrapped around the actor, while looking down at the sizable rock on her finger. The actor has his eyes closed with his lips by the side of her forehead. Michael Strahan, Questlove and Jason Kennedy are among the friends who shared their congrats on the post, with the E! host writing, “THIS MAKES ME SO HAPPY – Love you both so much.”

The proposal came just days after the Parks and Recreation actor posted a video that showed him moving Schwarzenegger’s belongings out of her Santa Monica, California, home.

While the pair haven’t been dating long — they were first spotted together in July 2018 — but a source told Us Weekly in November that they had fallen head over heels for each other and would be “engaged soon” and added the action hero was turning down work just “so he can spend time with her.”

Chris Pratt and Katherine Schwarzenegger: A Timeline of Their Relationship

Us previously reported that the couple were set up by Schwarzenegger’s mother, Maria Shriver. “Her mom set them up because they’re both active in the church,” an insider told Us.

The engagement comes 17 months after Pratt separated from with his wife of eight years, Anna Faris. The couple, who share son Jack, 6, split in August 2017 and finalized their divorce last October.