Chile and Germany set for semis 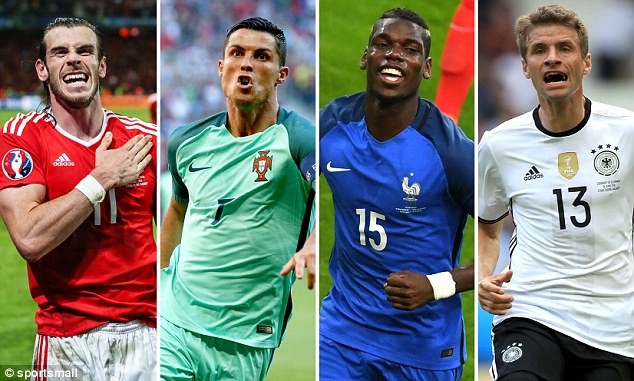 Alexis Sanchez refused to be drawn on his Arsenal future after becoming Chile’s all-time top-scorer in Thursday’s 1-1 draw with Germany at the Confederations Cup.

The Gunners’ star, voted man of the match, became Chile’s all-time top-scorer with his 38th international goal after capitalising on an early mistake in the German defence.

Sanchez has yet to sign a new deal with Arsenal and pointedly ignored a question about his future as he accepted the man-of-the-match award.

“I’m very happy to be Chile’s top-scorer now, our dream is to win this tournament and we feel we have a chance,” said Sanchez.

Despite falling behind, inexperienced Germany fought back as Lars Stindl netted his second goal of the tournament to equalise for the world champions just before the break.

The result leaves South American champions Chile top of Group B on goal difference from the Germans.

With both teams on four points, three ahead of Australia and Cameroon who drew 1-1 earlier, they are in pole position to reach next week’s semifinals.

Germany play Cameroon on Sunday in Sochi while Chile face the Socceroos in Moscow.

Despite leaving all his World Cup-winning stars at home, Germany’s head coach Joachim Loew was delighted how his young team fared.

“I am very satisfied with my boys,” said Loew. “It was a game of the highest standard.

“They all did well, with so little experience, so few international matches.

“Against a world-class team like Chile, you will always only get a few chances.”

Chile boss Juan Antonio Pizzi started with an experienced side, including nine of the team which beat Argentina on penalties in the 2016 Copa America final.

After their opening 2-0 win over Cameroon, Chile took the lead with just six minutes gone.

Germany goalkeeper Marc-Andre ter Stegen rolled the ball out towards Joshua Kimmich, but Arturo Vidal deflected the ball into Sanchez’s path and the striker fired home.

Despite Loew’s positive appraisal, Chile could have been 2-0 when Eduardo Vargas rattled the crossbar on 20 minutes.

Despite the early scare, Germany regained their composure and pushed forward.

When Can broke into the Chile half, his pass to the left wing found Hector, whose hard, low cross was stabbed by Stindl past goalkeeper Johnny Herrera on 41 minutes.

Both sides had no more than half-chances to break the deadlock with the group winners to be decided by the weekend’s final round.

Earlier, Australia’s captain Mark Milligan converted a second-half penalty as the Socceroos fought back to draw with Cameroon to leave both teams facing an early exit.

Andre-Frank Zambo Anguissa, 21, gave Cameroon a superb lead with a deft flick over Australia goalkeeper Mathew Ryan on the stroke of half-time in St Petersburg.

Milligan came to the Socceroos rescue by slotting home a spot-kick on 60 minutes as both sides picked up their first Confed Cup point.

“I am quite disappointed because we had the means to win the match,” said man-of-the-match Zambo Anguissa.

“But nothing is over, we still have a match to go against Germany.”

Just as happened against Germany, another lapse in concentration cost Australia for Zambo Anguissa’s goal.

“We controlled large parts of the game and they were pretty dangerous, we lacked some composure in front of goal,” said Australia coach Ange Postecoglou.

“I’m disappointed with the goal, these little lapses cost us, it was a sucker punch and we didn’t give up.”

Before Zambo Anguissa’s magical flick, there were few clear chances for both sides in an intense first-half.

The opening goal was worth the wait.

A beautifully weighted pass over 33 metres down the right from centre-back Michael Ngadeu-Ngadjui was brilliantly scooped by Zambo Anguissa over the advancing Ryan and into the net.

However, with an hour gone, Milligan tucked away a penalty after Alex Gersbach was brought down in the area by Cameroon right-back Ernest Mabouka.

Tim Cahill, the country’s all-time leading scorer with 48 goals, came on as a substitute but the 37-year-old could not break the deadlock on his 99th international appearance.