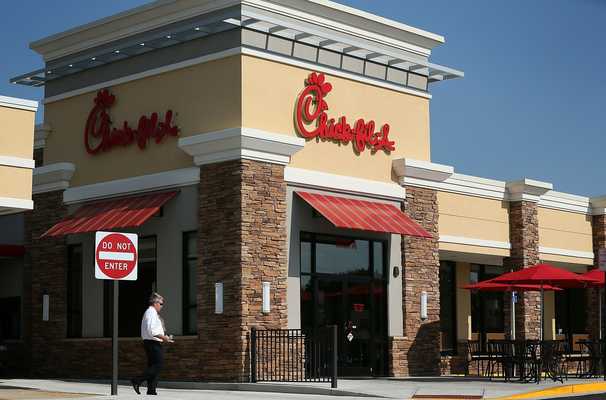 The Chick-fil-A Foundation announced in a statement that it planned to concentrate its giving in the areas of education, homelessness and hunger, and that it planned to work with a smaller number of charities than it had previously. It plans to reassess its giving annually, instead of entering into multiyear arrangements with charities, it said. The groups it gives to “could include faith-based and non-faith-based charities,” the foundation said.

But the bigger news was which organizations would not be getting millions in Chick-fil-A money: A representative confirmed to The Washington Post that it had ceased giving to Fellowship of Christian Athletes and the Salvation Army, two religiously affiliated charities, after multiyear commitments ended in 2018.

The news was immediately greeted with dismay among conservatives, who saw the move as a capitulation to protesters who had led boycotts of the family-owned chicken chain beginning in 2012.

Former Arkansas governor Mike Huckabee was among those expressing disappointment at the news.

In Aug 2012, I coordinated a national @ChickfilA Appreciation Day after they were being bullied by militant hate groups. Millions showed up. Today, @ChickfilA betrayed loyal customers for $$. I regret believing they would stay true to convictions of founder Truett Cathey. Sad.

Others labeled it “backstabbing” and a “betrayal” by a company that has long espoused a Christian ethos.

According to CNN, the FCA states opposition to same-sex marriage on its website, and writes in its employee application that “neither heterosexual sex outside of marriage nor any homosexual act constitute an alternative lifestyle acceptable to God.” According to Snopes, the Salvation Army also opposes same-sex marriage and has said in the past that the Bible forbids same-sex sexual activity and that gay Christians should be celibate. However, the Salvation Army rejects the idea that it is anti-LGBTQ and says its services are available to everyone.

In 2012, Chick-fil-A’s donations were already controversial when statements against same-sex marriage by CEO Dan Cathy sparked nationwide boycotts, followed by a counter-movement that Huckabee led. In a radio interview that summer, Cathy said, “we’re inviting God’s judgment on our nation when we shake our fist at him and say we know better than you as to what constitutes a marriage. And I pray God’s mercy on our generation that has such a prideful, arrogant attitude that thinks we have the audacity to redefine what marriage is all about.”

After the initial flap, the company toned down its political profile, though it continued to give to controversial groups, according to reports about its tax donations.

The Chick-fil-A Foundation plans to give $9 million in 2020 to Junior Achievement USA, Covenant House International and local food banks. It has given more than $6 million to a long list of charities so far this year.

A protester holds a sign outside a Chick-fil-A restaurant in Hollywood, during a Chick-fil-A Appreciation Day in 2012. (Robyn Beck/AFP/Getty Images)

While many conservatives lamented the foundation’s moves, LGBTQ activists were not immediately impressed. “If Chick-fil-A is serious about their pledge to stop holding hands with divisive anti-LGBTQ activists, then further transparency is needed regarding their deep ties to organizations like Focus on the Family,” said Drew Anderson, director of campaigns and rapid response for GLAAD, in an emailed statement. “Chick-fil-A investors, employees, and customers can greet today’s announcement with cautious optimism, but should remember that similar press statements were previously proven to be empty.”

And some saw the decision as an attempt by Chick-fil-A to placate customers in the era of the ongoing Chicken Wars: The Popeyes spicy fried chicken became a viral sensation this summer, prompting widespread shortages. When Popeyes brought the sandwich back this month, it did so on a Sunday, which many saw as a slap at rival Chick-fil-A, which is famously closed on Sundays.