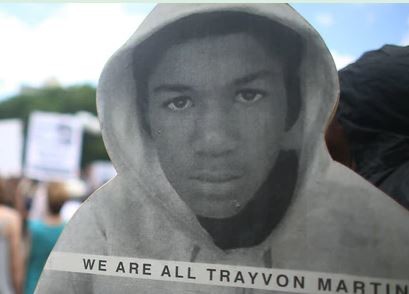 Paramount has released the first trailer for its Jay-Z-produced, six-part documentary series about the death of 17-year-old Trayvon Martin titled ‘Rest In Power: The Trayvon Martin Story’ based off of the book written by Martin’s parents, Sybrina Fulton and Tracy Martin.

The series will tell the story of Martin’s life and how his death sparked the global Black Lives Matter movement. The clip shows footage of home videos, family photos, and interviews with names like Reverend Al Sharpton, Angela Davis, and Angela Rye.

“It took my son being shot down to make me stand up,” Fulton says in the clip. Martin, an unarmed black boy was shot and killed in Florida in February 2012. The shooter was neighborhood watch member George Zimmerman, who was charged with second-degree murder and acquitted in July 2013.

Jay-Z, who executive produced the series, has spoken about the project for some time now, rapping on “Black Effect” off of Everything Is Love, “Since the Kalief doc, they’ve been at my neck/ Y’all can tell ‘em Trayvon is comin’ next.” The rapper also co-produced a documentary about Kalief Browder, a Bronx teen who took his own life after spending three years in jail despite never being convicted of a crime.