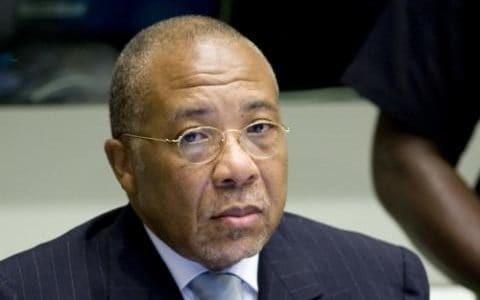 An ex-wife of Charles Taylor, the former Liberian leader who is in jail for war crimes, was on Friday charged in Britain with torture over her alleged involvement in his rebellion, police said.

Agnes Reeves Taylor, who lives in Dagenham in east London, faces four allegations dating back to December 1989, when forces loyal to her former husband launched their first attack on Liberian territory.

The 51-year-old is in custody and will appear in court in London on Saturday, according to a statement from the capital’s Metropolitan Police.

Two charges relate to claims that between December 23, 1989, and January 1, 1991, Taylor “intentionally inflicted severe pain or suffering on an individual in the performance or purported performance of her official duties” in the central Liberian city of Gbarnga.

Gbarnga was the base of Taylor’s rebellion against President Samuel Doe, which deteriorated into one of Africa’s bloodiest conflicts.

Another count relates to the same period and the same allegation, but this time in Gborplay, on the border with Ivory Coast.

The fourth count claims that between the same period, Taylor “agreed with others” on a course of action that “would necessarily amount to or involve the commission of the offence of torture”.

Charles Taylor, once Liberia’s most feared rebel fighter who served as president from 1997 to 2003, is serving a 50-year sentence in a British jail for his role in fuelling the civil conflict in neighbouring Sierra Leone.

“This landmark case marks the second time someone formerly associated with the NPFL (Taylor’s National Patriotic Front of Liberia), has been charged with crimes committed during Liberia’s civil wars,” it said.

The first case involved NPFL frontline Commander Martina Johnson, who was arrested in Belgium in September 2014, it said.

The Metropolitan Police also issued an appeal to any witnesses in incidents in Nimba County and Bong County during the first Liberian civil war between 1989 and 1992, urging them to contact their war crimes team.