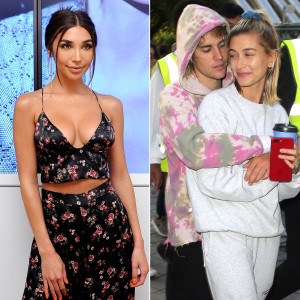 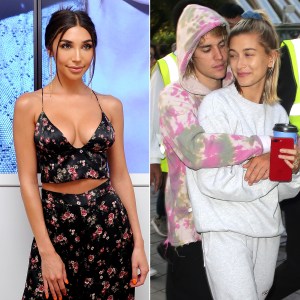 “I feel like people don’t really ask me anymore. … I’m pretty chill. I don’t really mind. People don’t really bother me about it anymore. I’m happy for him,” the 26-year-old DJ told Us Weekly exclusively about her ex at the Marcell von Berlin launch party in West Hollywood on Thursday, November 15. “So it’s all good.”

Jeffries and Bieber, 24, briefly got together in 2014 before rekindling their romance in July 2016. The “Love Yourself” crooner, however, went on to reconnect with Hailey Baldwin in June 2018, and popped the question a month later. The pair quietly tied the knot at a New York City courthouse in September.

A Timeline of Justin Bieber and Hailey Baldwin’s Relationship

While Bieber may be off the market, the “Wait” singer is still searching for her other half.

“I just feel like someone that’s generally a best friend and has similar interests. I’m really busy with my schedule,” Jeffries told Us on Thursday of her ideal match. “Someone who’s understanding of that is really important, and someone that I can learn from, because I always feel like, when you’re learning, you’re growing, and I don’t ever want to be like stagnant, so I think it’s really cool.”

Jeffries also revealed she recently went out on a date.

“I don’t know if it was really a date, but I was with a friend, and we went salsa dancing, which was really fun, and we actually stumbled upon it, which is really cool. We had no idea,” she told Us. “It was like this really interesting bar in downtown, and it had a live Latin jazz band. So they had like someone teaching, an instructor teaching salsa dancing, which I had never done before. So that was really fun. But kind of anything that’s activities. We get time to talk, and also you get time to try out a new skill, which is fun too.”