Cardi B, Offset to reportedly spend holidays together following breakup 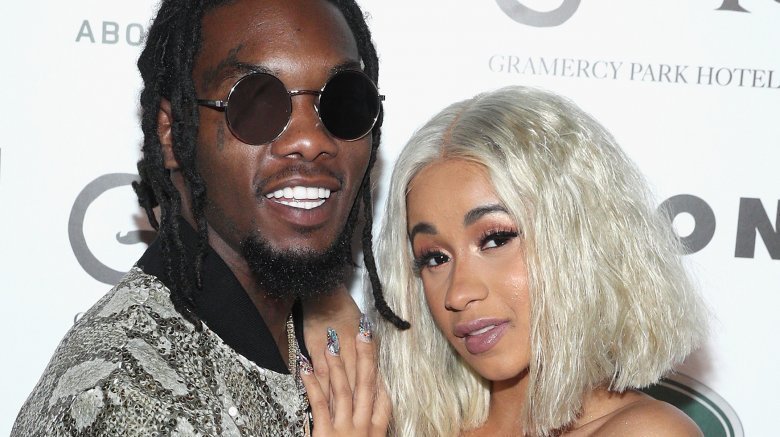 Rappers Cardi B and Offset are apparently feeling the holiday spirit.

According to an Us Weekly exclusive, published on Wednesday, Dec. 19, 2018, the former couple will reportedly spend Christmas Day together as a family-of-three with five-month-old daughter Kulture Kiari Cephus — just weeks after calling it quits on their marriage.

Meanwhile, another insider recently told E! News, “Cardi B wants Offset to be a part of Kulture’s life.” The source went on to add, “It’s Kulture’s first Christmas and it means a lot to Cardi to have the family together.”

As Nicki Swift previously reported, Cardi B, 26, and Offset, 27, first announced their split on Dec. 4, 2018, after one year of marriage. The estranged celeb pairing welcomed their baby girl in July 2018, after secretly tying the knot last fall. “Things just haven’t been working out between us for a long time and it’s nobody’s fault,” the “I Like It” rapper, whose real name is Belcalis Almánzar, told her Instagram followers amid their high-profile breakup. She added, “I guess we grew out of love, but we’re not together anymore.”

Despite their seemingly amicable split, Offset (real name Kiari Kendrell Cephus) was later hit with a round of cheating rumors over an alleged affair with model Summer Bunni, as previously reported by TMZ. The infidelity claims resulted in the Migos rapper publicly apologizing to Cardi B in an emotional Instagram video, before infamously crashing his ex’s headlining gig last weekend at the Rolling Loud Festival to beg for forgiveness. Cardi B understandably appeared less than pleased with the public stunt at the time, and Offset swiftly faced backlash on social media.

While the “Be Careful” rapper later came to her ex’s defense in a series of since-deleted Instagram videos, Offset himself tweeted, “All of my wrongs have been made public, i figure It’s only right that my apologies are made public too. A ni**a was just trying …..thank god I ain’t got no balloons sheeesh.”

In related news, Cardi B’s continued to make headlines of her own this week with her hilarious “Carpool Karaoke” segment on The Late Late Show with James Corden. With the duo performing a medley of her biggest hits, the “Bodak Yellow” rapper received an impromptu driving lesson from the British comedian.