‘Call me right away, hurry up, otherwise, you’ll regret it for the rest of your life – Alleged voicemail Paul Pogba’s brother sent to him is revealed amid alleged Â£11m extortion scandal 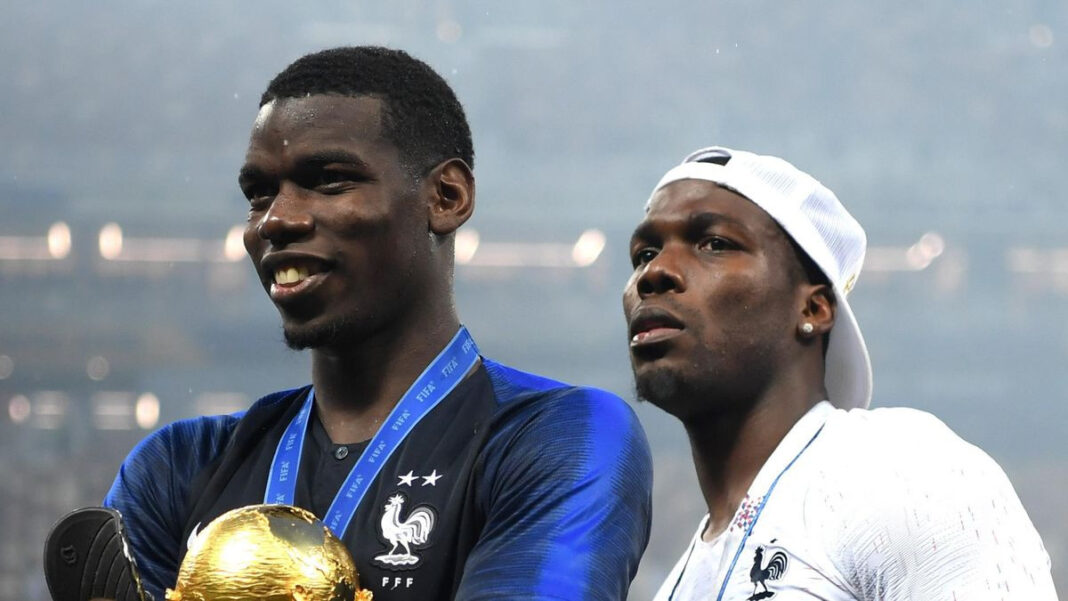 Paul  Pogba’s brother, Mathias reportedly sent him a voicemail in the summer claiming to have almost been killed amid an alleged extortion attempt on the France international.

In a new report published by Le Monde, Mathias Pogba is said to have made claims to his brother that his life was endangered in July.

Mathias Pogba, a former Wrexham and Crawley striker, claims his home in Roissy-en-Brie, in the eastern suburbs of Paris, was broken into on July 30 by two men in balaclavas.

The two masked men reportedly told Mathias Pogba to remind his brother of ‘his commitments,’ a remark in reference to the alleged £11million at the centre of the extortion plot involving the ex-Manchester United star.

Le Monde’s story continues that a message was left for Paul Pogba the following day.

‘I nearly croaked. Call me right away, hurry up, otherwise, I’ll take care of your image and you’ll regret it for the rest of your life,’ Mathias Pogba is alleged to have said.

Mathias, 32, was charged and detained last month over an alleged plot to extort money from his brother.

Four other people were also placed under formal investigation for extortion and criminal association after Paul told police that the gang had been threatening him since March and were demanding £11m.

Mathias continues to insist that he is innocent but as reported by Le Parisien last week, the appeal for his release, made by lawyer Me Yassine Bouzrou, was rejected.

The issue began in August when Mathias released a video vowing he would soon make a series of ‘great revelations’ about his brother, including a claim of how Paul used a witch doctor to cast a spell on France team-mate Kylian Mbappe.

Pogba actually paid a sorcerer to help him with his injury-plagued career. However, he vehemently denies that this had anything to do with Mbappé and said he ‘never intended to harm anyone.

Pogba instead told investigators working for France’s Central Office for the Fight against Organised Crime (OCLCO) that he was ‘looking to be protected against injury’ and ‘also to help poor kids in Africa’ he was in connection with through an aid organization.

Le Monde’s new report claims that his videos were filmed in the presence of brothers Roushdane and Machikour, both of whom were named in Pogba’s statement to police in connection with an alleged attempt to extort money from him.

It remains unclear if Mathias’ videos were filmed under any duress or if he himself is involved in the alleged blackmail attempts, something he has continued to deny.

After Mathias’ original video, the pair’s mother Yeo Moriba co-signed a statement with Paul and his agent Rafaela Pimenta that declared the claims were ‘unfortunately no surprise’.

‘Many will be shocked and will have a hard time believing it, but it is the truth,’ Mathias said in his last video. ‘That is why our family and loved ones are in danger today.

‘The problem is that he used those relationships and their names to protect himself on the street.

Also read: BBNaija Show Is The Devil’s Incarnate. It Must Be Stopped – MURIC

‘I was not aware of it until he betrayed his henchmen and fled without telling anyone, abandoning me, letting his family and his relatives become the target of these bandits.

‘The only reason we didn’t go to the authorities was for fear of reprisals, as we had no way to protect ourselves all.

‘I had to reproach Paul for his behavior before he deigned to keep our mother out of harm’s way, taking care of her and abandoning others. Of course, he made her stand alone without any protection, while he was calm in his fortress behind his bodyguards. Also, this was not free. My mother had to side with him.’