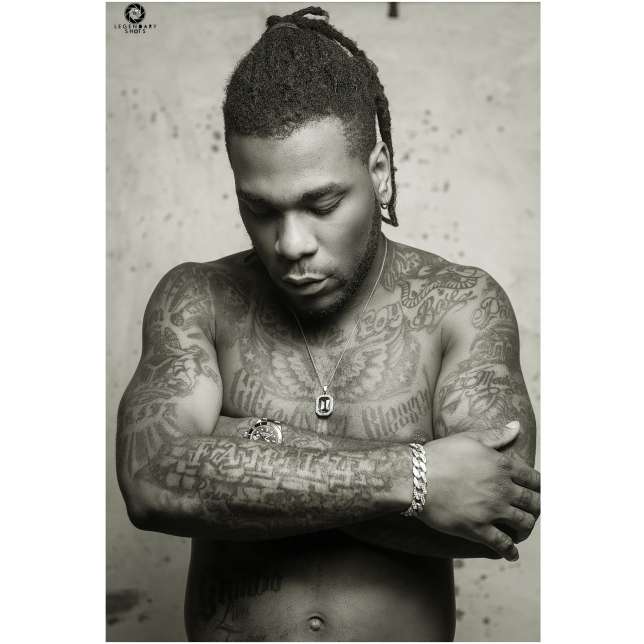 Attitude is a core requirement for success in the Nigerian music industry. To have a bad one, is to slowly destroy your career.

Talent is never enough. That’s a truism that works in the Nigerian music industry. With hundreds of thousands of Nigerians aspiring to be musicians, talent is mostly the common denominator in this crowd. But very few make it. Only a minute percentage of musicians find a way to push through and become stars. And guess what, talent makes a very minute part of what makes them succeed.

For an artist to succeed, everything has to work together, with an element of luck and good fortune. Money helps, a great contact base and networking skills aren’t bad to have, and executing projects at the right time, with a clear strategy is also a win. But when industry professionals gather to discuss this at conferences and symposiums, the often-forgotten essential ingredient for the success of an artist is attitude and behaviour.

Burna Boy is probably the most talented Nigerian artist in pop music. The depth and expanse of his abilities are boundless. He makes music from a variety of spaces, fusing sounds across genres to make the best melodies. His delivery is a wonder to fans, and within the industry, no one has the ability to replicate his style, flow and delivery. Simply put, he is a unicorn; a rare talent that shows up once in every generation.

With such stellar qualities, one would wonder why the singer isn’t at the top of the game, competing squarely with Wizkid and Davido, and getting the same value and respect that have come the way of Starboy and OBO. Burna Boy is admittedly underrated, and a section of fans continue to make a case for him, crying out at the outrageous ‘non-celebration’ of the singer.

But it isn’t the fault of the fans that he isn’t getting enough for his talent. It’s his. A combustible attitude and a knack for bad behaviour which gets him into needless squabbles and beef have ensured that his focus is repeatedly taken away from his music. This is a guy who has fought with Buffalo Souljah at a party in South Africa, threatened to kill journalists and beat up Pastors, called out MTV Base for snubbing him, displays guns on Instagram, and accused by the police of sponsoring an armed robbery attack on his colleague Mr 2kay.

That’s a lot for one person. With his hands packed full with needless controversies, fans get turned off by his persona, making it hard for his music to propagate the right way.

In his interview with New York-based magazine, The Fader, Burna Boy articulated his thoughts on the music industry: “It’s political, man—To be honest, I don’t really feel like I’m a part of the industry […] I don’t get awards because the powers that be don’t really like me—I’m not like everyone else.”

He then went on, thumping his chest, reeling out achievements in the space of three years: “My music is a gift […] How many people have dropped a song like Soke, stating the problems that’s actually going on in the country, and actually stepping up?”

The lifespan of a Nigerian pop star is very limited. Only the strongest and the greatest stay relevant for 10 years. For many, a five-year run is a blessing. Burna Boy’s latest involvement with the Nigerian police comes at a time when he is enjoying some blessings. His third studio album is ready for release, he is the only featured guest on American band, Fall Out Boy’s tenth studio album “Mania.” He also has recorded music with Drake.

But somehow, he is being distracted by a police case. Talk about being your own stumbling block.

In the Nigerian music industry, attitude is invariably linked to success. Within the industry, artists attain success for a lot of reasons, but their ability to go far depends greatly on their attitude. Artists who blow up with a more agreeable attitude, but switch it up with some success, destroy a lot for themselves. If you’re a dick to fans, venues, or promoters it will affect your career in the long run. That goes for your crew as well; keeping their behaviour in line is important because it directly reflects upon the artists and how they’re perceived by those around them. You want to be building relationships, not burning bridges.

Every time there’s a controversy based on attitude, Burna Boy loses a little more. I have seen fans on social media declare him persona non grata due to his consistent self-inflicted distractions. Others simply move on from him, focusing their energies in places where they believe the air is freer, and the threat of violence isn’t an everyday reality. Burna Boy hamstrings himself with every infraction, limiting the lifespan and effect of his music.

Talent is never enough. There’s no substitute for it, but there’s also no guarantee of success with it in the music industry. To turn talent into influence, a person must prepare it with hard work, surround it with the right relationships, strengthen it by taking responsibility, and protect it with character.

Burna Boy isn’t protecting his with his character, and it is affecting him. Attitude is a core requirement for success in the Nigerian music industry. To have a bad one, is to slowly destroy your career.