British Airways Cancels Flights Due to IT Failure 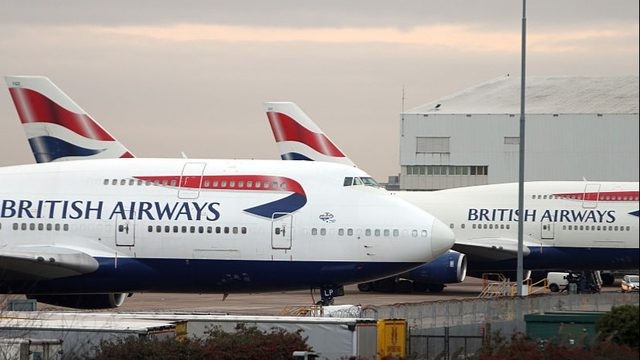 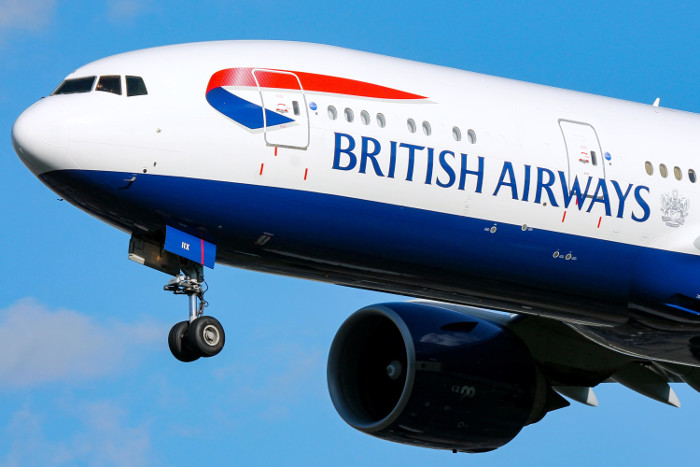 British Airways has cancelled all flights from London’s Heathrow and Gatwick airports, as a global IT failure causes severe disruption for travellers.

The airline indicated that  it has suffered  “major IT systems failure”  and  apologised to its passengers. BA said terminals at Heathrow and Gatwick have become extremely congested and it is cancelling all flights from the airports until 6 p.m. (1700GMT). It is urging passengers not to go to the airports.

One Terry Page, booked on a flight to Texas said:

We’ve tried all of the self-check-in machines. None were working, apart from one. There was a huge queue for it and it later transpired that it didn’t actually work, but you didn’t discover that until you got to the front.

The problem comes on a holiday weekend, when thousands of Britons are travelling. 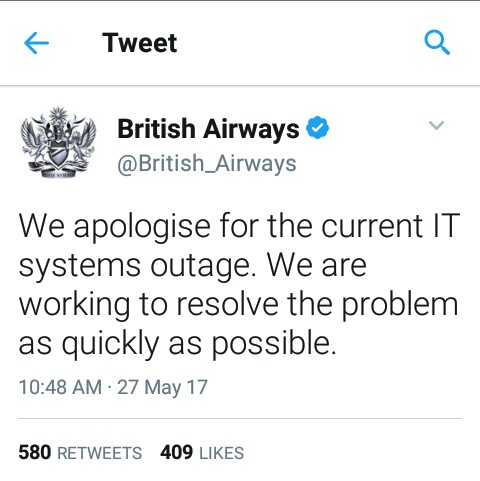