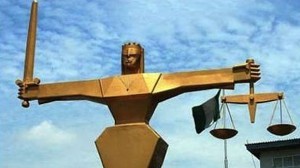 The Federal High Court sitting in Lagos has assumed jurisdiction in the trial of an official of the Independent National Electoral Commission (INEC), Christian Nwosu.

Mr Nwosu is accused of receiving the sum of N30m from a former Minister of Petroleum Resources, Mrs Diezani Allison-Madueke, to compromise the 2015 general election.

The first defendant out of three persons brought before the court, Mr Nwosu, had earlier admitted collecting the money in a plea bargain agreement he had with the anti-graft agency but backed out following the rejection of the terms of the agreement by the judge, Justice Muhammed Idris.

In its ruling today, the court assumed jurisdiction to continue the trial of the defendants.

It also granted bail to Mr Nwosu in the sum of N10m with two sureties who must have properties within the jurisdiction of the court.