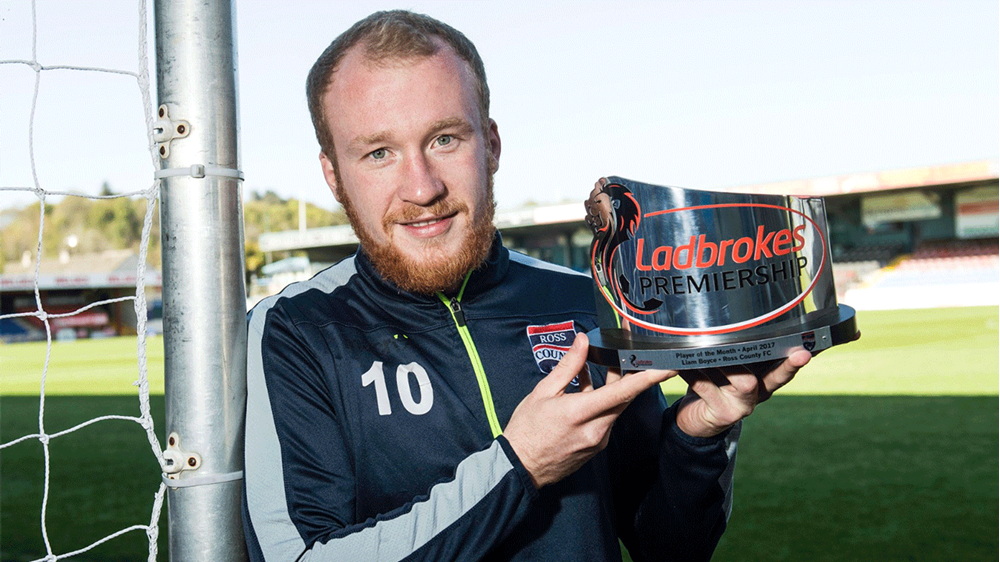 The Ross County forward drove at the visitors’ defence and beat two defenders before firing a superb, left-footed effort beyond Stefan Marinovic after just six minutes.

Charlton striker Josh Magennis was a handful all evening and came close to adding to the scoreline, but his effort was well saved, and he then saw a header hit the roof of the net midway through the second half.

Kosta Barbarouses struck the post for the visitors, but Michael O’Neill’s experimental side held on to win the first meeting between the two ahead of next week’s World Cup Qualifier with Azerbaijan in Baku.

The hosts began the game brightly, with New Zealand struggling to contain Northern Ireland’s build-up play and high intensity and it did not take long for the hosts to make the breakthrough. 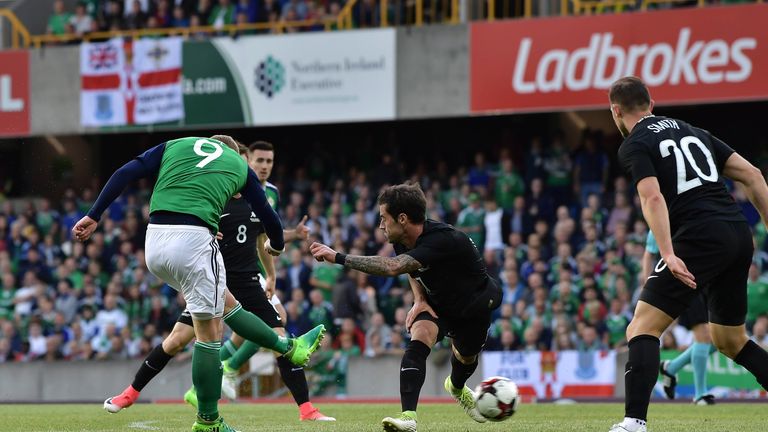 Boyce fired in the winner after six minutes

Alone on the edge of the box, Boyce still had plenty to do, but a couple of step-overs dazzled New Zealand’s defence and the striker – who hit 24 goals in the Scottish Premiership – was able to fire a low effort into the net for his first international goal.

Marinovic was under all sorts of pressure in goal, but an effort by Chris Brunt did little to trouble him; the West Brom midfielder shooting well wide when options either side of him would have better suited.

Magennis came close to doubling the lead on the stroke of half-time, but his angled shot was well saved and the home side had to make do with their one-goal cushion.

Steven Davis, Kyle Lafferty and Shane Ferguson were introduced in the second half and it was Lafferty who had a great chance to score the second, only to see his poked effort go wide.

Davis added some guile to the midfield and in combination with Ferguson teed the ball for Magennis, who could only steer his header onto the roof of the net. 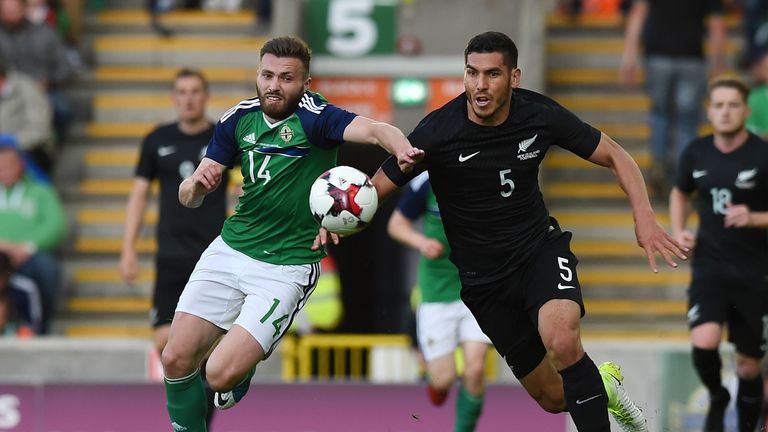 It was the first ever meeting between the two sides

Northern Ireland seemed to have taken their foot off the gas and it almost proved costly as Barbarouses was put through for what seemed like the equaliser, but struck the base of the post, before the ball was hacked clear from danger.

Former Manchester United goalkeeper Roy Carroll came on with 10 minutes to go and in the end Northern Ireland managed to hold on, but they know bigger tests await starting next Saturday.