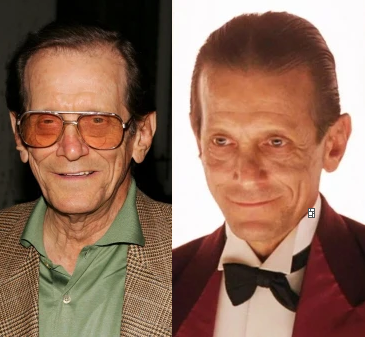 Turkel was best known for playing the bartender in the horror/mystery series The Shinning, as well as his role in Blade Runner.

His representatives confirmed the sad news of his death, stating that he died at St. John’s Hospital in Santa Monica.

Chris Carbaugh told People: “Joe was a lightning bolt and he was very passionate to talk about films, baseball and life. Every time we spoke he was quick to crack a bad joke and make me laugh.”

Also read: Zambians Criticise Singer Kizz Daniel For Refusing To Collect Flowers From A Lady At The Airport

Carbaugh added: “He was very proud of being the only actor to do three Stanley Kubrick films and loved to share his experiences with family, friends and fans.”

He went on to describe the actor as “an old Brooklyn boy” who loved spending time with his brother, two sons and grandchildren.

Also read: Pick Your Chosen Candidates From One Of Us – South-East APC Presidential Aspirants Humbly Appeal To President Buhari

Turkel’s impressive career boasts over 140 acting credits in both TV and film.

As well to his most iconic roles, he also starred in The Lone Ranger, S.W.A.T, The Andy Griffith Show, Miami Vice, The Dark Side of the Moon, and Paths of Glory.