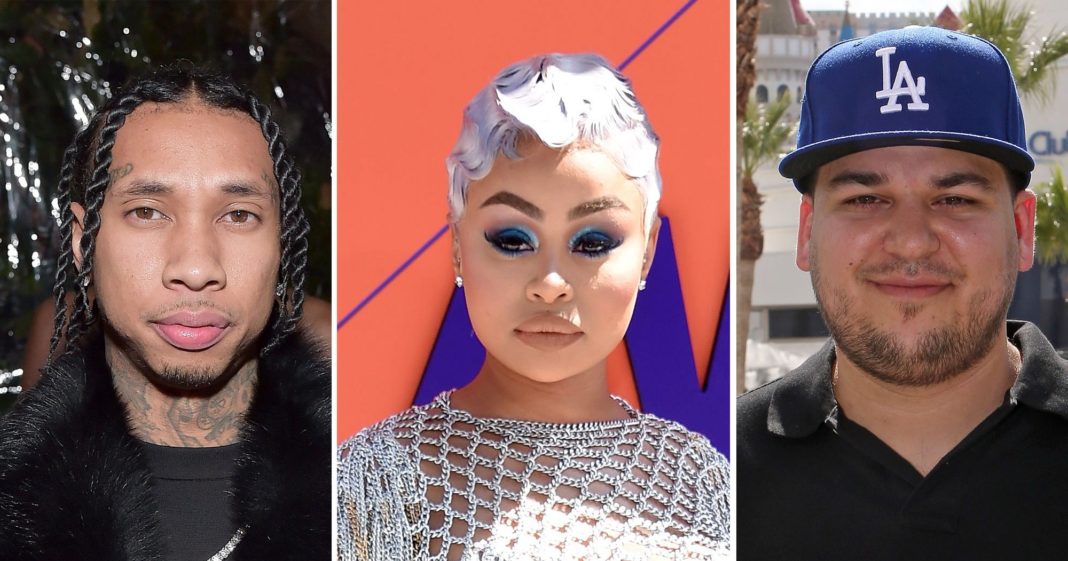 Speaking out. Blac Chyna railed against her exes Rob Kardashian and Tyga as well as her mother, Tokyo Toni, after her mom sided with the Keeping Up With the Kardashians star in his custody battle with Chyna over their daughter, Dream.

Rob Kardashian and Blac Chyna: A Timeline of Their Relationship

“Ya know what’s so wild to me is that I never asked Tyga for child support, Rob for child support or whatever and then we just went to court, or whatnot, and I tried to squash it, which I did,” the model, 30, said in a now-deleted Instagram Live post. “But none of that comes out. It’s only negative s–t with Chyna, Angela White,” she said, referring to her real name.

The Lashed by Chyna founder continued: “We went to court mediation and s–t and I squashed it ‘cause I never wanted no money from Rob, ‘cause it was never about that, period,” she said of the Arthur George entrepreneur, 31. “I have kids by two guys that f–king tricked me, whatever, and they don’t give me s–t, no child support and I’m sick of that s–t.”

The businesswoman, who said she is “living her best f–king life,” said that neither of the men she shares son King Cairo, 6, and daughter Dream, 2, with assisted her in her rise to fame.

Earlier this month, Toni, 47, whose real name is Shalana Jones-Hunter, told TMZ that she thought Kardashian should get custody of Dream. “I don’t know if [he] should keep them, but I do believe that [he should get custody for] a little while ’till she pulls her thing together,” she said. “It’s clear, very clear — it doesn’t take a rocket scientist to see — something is terribly wrong.”

A spokesperson for the Los Angeles Police Department confirmed to Us Weekly in January that officers had “responded to a disturbance” at Chyna’s house on January 20. “There were no arrests made and no reports taken,” the spokesperson said.

Tyga, 29, and Chyna split in August 2014 after more than two years together while Kardashian and Chyna, who began dating in January 2016 and got engaged in April 2016, called it quits in April 2017.

The E! personality reportedly filed to lower his $20,000 per month child support payments to the former stripper in November 2018. Court documents obtained by The Blast at the time stated that Kardashian could “no longer afford” to pay her.

Chyna spoke out against both Kardashian and Tyga later that month, writing on Instagram Stories, “‘So my children aren’t Supposed to live the same lifestyles as their fathers ETC ETC ha ? As a single Mother, I provide for them and give them the luxury lifestyle they deserve … WOW!!!”