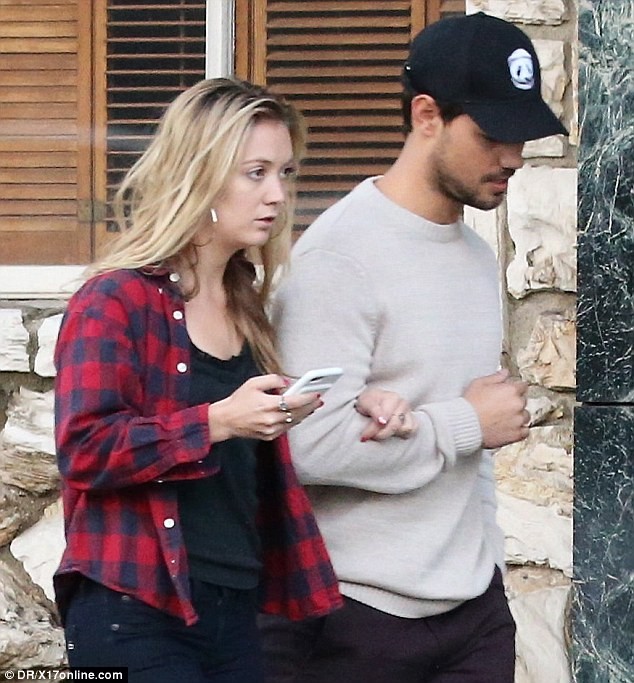 Taylor Lautner and Billie Lourd have called it quits.

The news comes just a few days after fans noticed the former couple didn’t spend the Fourth of July together. Lautner was spotted flying solo while celebrating the holiday at Bootsy Bellows in Malibu, Calif.

In fact, after months of sharing back-to-back photos together on Instagram, they went silent through June. The last photo of them together on social media is from Lautner’s post on May 24 in Arizona.

Though Lourd had shared several photos of Lautner in the past, they have since been deleted from her page.

Meanwhile, just last month, Lourd’s uncle Todd Fisher praised Lautner for being such a great boyfriend to his niece, especially following the back-to-back deaths of her mother, Carrie Fisher, and grandmother, Debbie Reynolds.

“The truth of the matter is, the guy is pretty spectacular,” Todd gushed over Lautner. “He’s a really deep person, and he has supported her amazingly. He’s stepped up and acted like a husband would act. Not that that’s what’s going on, but it’s just an amazing support system for her, and I’m glad he’s in her life. That’s not easy for me  to say, if you think about it!”

People magazine was the first to report the breakup news.