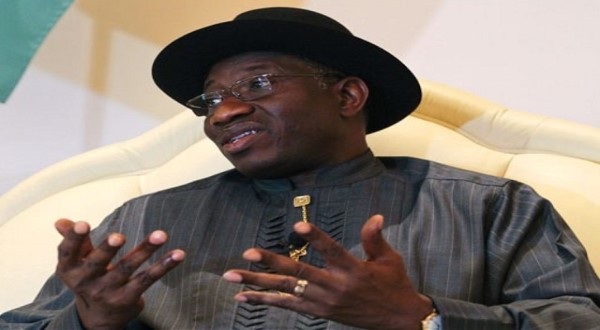 The EFCC had charged Akpan-Jacobs, Abdulmalik Ibrahim, a lawyer and Dana Motors Ltd with a 14-count charge bordering on conspiracy, stealing and fraudulent conversion of property worth N918 million belonging to THA Shipping Maritime Services Ltd.

Akpan-Jacobs, who also doubled as the company’s Managing Director and Secretary, was alleged to have gone to the Corporate Affairs Commission (CAC) to alter the shareholding in his favour and forged the company’s board resolutions.

According to the EFCC, welding a fraudulent shareholding power, Akpan-Jacobs sold a property belonging to the company to Dana Motors Nigeria Ltd for N918 million.

The property is located at Plot C63 A, Amuwo-Odofin Commercial Layout along Oshodi-Apapa Expressway, Lagos.

Titi, had previously revealed to the court during her testimony that she used her maiden name —  Florence Doregos — during her business dealings with Akpan-Jacobs for reasons of privacy because she was in active service at the time.

Graymond, while being led in evidence by Mr Babatunde Sonoiki, the EFCC prosecuting counsel, during Thursday’s proceedings narrated how he received a petition on the alleged fraud from Titi and how his investigation unraveled the depth of the scam.

“In 2008, I was a detective working with EFCC Abuja, we received a petition dated Dec. 12, 2008 from the law chambers of Benedict Benet and Co, the lawyers to the complainants, Florence Doregos and Fred Holmes, a German citizen.

“The petitioners alleged amongst other things that the defendants forged the board resolutions, memorandum and articles of association as well as the extraordinary board resolution of THA Shipping Maritime Services Ltd.

“They used the same documents to obtain a loan from First Bank Plc and disposed off the bonded terminal and other properties of the company to Dana Motors Nigeria Plc.

“These properties of THA Shipping are valued at N1.2 billion and the disposal of these assets were not with the consent of the two other directors — Florence Doregos and Fred Holmes,” Graymond said.

The EFCC detective told the court how a representative of the complainant and the other parties involved in the dispute reported to the office of the anti-graft agency.

“One Barrister Chima Ezekolu, a lawyer to the complainant came to our office with a power of attorney from the first complainant (Titi).

“ He shed more light on the allegations of the complainant with some supporting documents and he gave a written statement to that effect.

“The supporting documents were the company registration documents from he Corporate Affairs Commission (CAC) some pictures and the share allotment document of the three directors.

“We invited the first defendant to our office and we confronted him with the documents he forged.

“We had discovered that the initial share allotment of THA Shipping which was 10million ordinary shares were changed from 49 percent for Florence Doregos to 51 percent for Akpan-Jacobs.

“Florence Doregos and Fred Holmes were each allotted 24.5 percent shares, Akpan-Jacobs had the highest allocation of shares in the fraudulent alteration,” Graymond said.

“The analysis was conducted by the Force Criminal and Investigation Department (CID) on the instruction of the law firm of Benedictine Benet and Co, the complainant’s petitioners.

“Insp. Ralph Nwosurike who conducted the analysis confirmed that the results of the report were authentic,” he said.

“We confronted them with the petition and their response was that they had earlier received a warning from the law office of Benedict Benet and Co. in respect of the transaction.

“They however said that they proceeded with the transaction based on reassurances from the first and second defendants that the matter had been resolved by the three directors involved.

“It was based on this reassurance, they went ahead to consolidate the transaction.

“Dana bought the bonded terminal of THA Shipping and it’s assets at N918million, they paid the money in three trenches.

“N318million was paid into the bank account of the second defendant’s (Abdulmalik Ibrahim) law chambers.

“The N300million they paid into First Bank was to offset the loan Akpan-Jacobs obtained for himself on behalf of THA Shipping.

Justice Oluwatoyin Ipaye adjourned the case until Oct. 24 and Oct. 25 for continuation of trial.