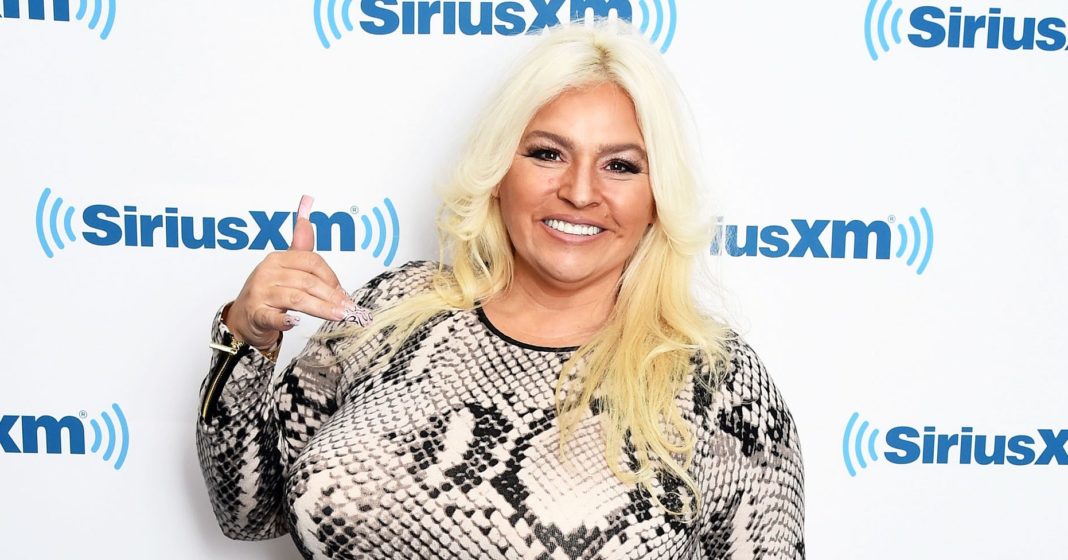 Staying positive. Beth Chapman, the wife of Duane “Dog the Bounty Hunter” Chapman, posted a selfie on Tuesday, January 22, after Us Weekly confirmed she started chemotherapy for throat cancer.

“#dogwgna history in the making #dogsmostwanted #cancersucks #stayhumblepray #itsonlyhair,” the 51-year-old captioned the pic, which features her long, blonde hair. Dog, 66, and Beth are currently filming their new WGN series, Dog’s Most Wanted. The photo was tagged in Kailua-Kona on the big island of Hawaii.

The Chapman attorney, Andrew R. Brettler of Lavely & Singer, confirmed to Us on Tuesday that Beth began chemotherapy in December.

Dog the Bounty Hunter and Beth Chapman Through the Years

“Beth started chemo for throat cancer last month. The treatments are in L.A. They are going well, but they certainly take their toll on her,” the statement read. “The Chapmans have a lot on their plate right now. They just started filming for the new WGN show while Beth’s been going through treatment. Hasn’t been easy but they are keeping a great outlook and Beth is one of the strongest women I know.”

Beth first announced her stage II throat cancer diagnosis in September 2017. The couple revealed she was cancer-free that November. A year later, however, she underwent emergency surgery and doctors discovered her cancer was back.

Us revealed in December that Beth’s cancer has spread to her throat and lungs. Dog, 66, opened up to Us exclusively about maintaining a positive outlook amid his wife’s cancer battle.

“I don’t listen to the bad news. I don’t want to hear it. … I pray a lot, anywhere. I cry all the time,” he told Us. “I’m a sinner. I pray a lot. I have done double that. I constantly ask God to heal my honey and make sure He takes care of it. I’ve been telling Him that I’m going to try and quit smoking and cursing. I’m a dealmaker, and I’ll do anything.”