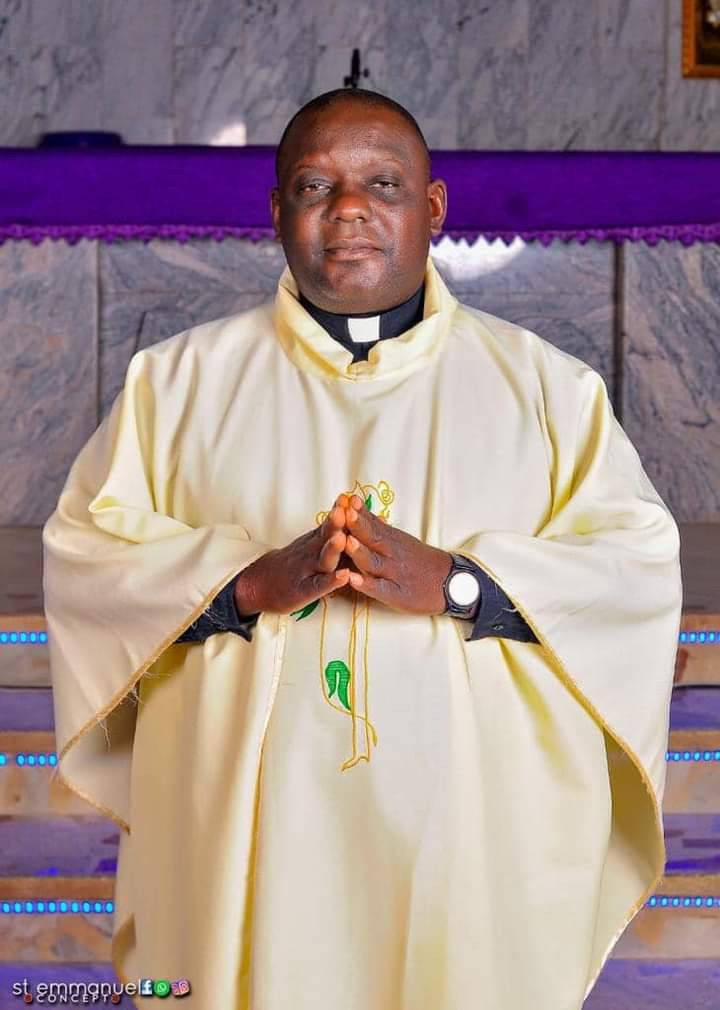 The 50-year-old priest was the Chaplain of the Catholic Community of the Kaduna State Polytechnic, and the Chairman of the Nigerian Catholic Diocesan Priests Association (NCDPA), Kaduna State Chapter.

The Chancellor of Kaduna Catholic Archdiocese, Reverend Father Christian Okewu, who confirmed the sad news in a statement, said that Father Borogo was killed at the Nigerian Prison Farm in Kujama in Chikun Local Government Area of the state on Saturday, June 25.

“It is with a heavy heart, but with total submission to the will of God that we announce the death of Rev. Fr. Vitus Borogo, which sad event took place today, at Prison Farm, Kujama, along Kaduna-Kachia Road, after a raid on the farm by terrorists,” the statement read.

“Until his death, Fr Vitus (aged 50) was the Chaplain of the Catholic Community of the Kaduna State Polytechnic, and the Chairman of the Nigerian Catholic Diocesan Priests Association (NCDPA), Kaduna Chapter.

“Most Rev. Matthew Man-Oso Ndagoso, the Catholic Archbishop of Kaduna condoles with the immediate family, the NFCS Family of Kaduna Polytechnic, and indeed the entire Kaduna Polytechnic Community; and assures them of his fraternal closeness and prayers.

“Details of his Funeral arrangement will be announced as soon as possible. Meanwhile, we commit his soul to the maternal intercession of the Blessed Virgin Mary, and call on all men and women of goodwill to continue to pray for the peaceful repose of his soul and for the consolation of his bereaved family, especially his mother.”