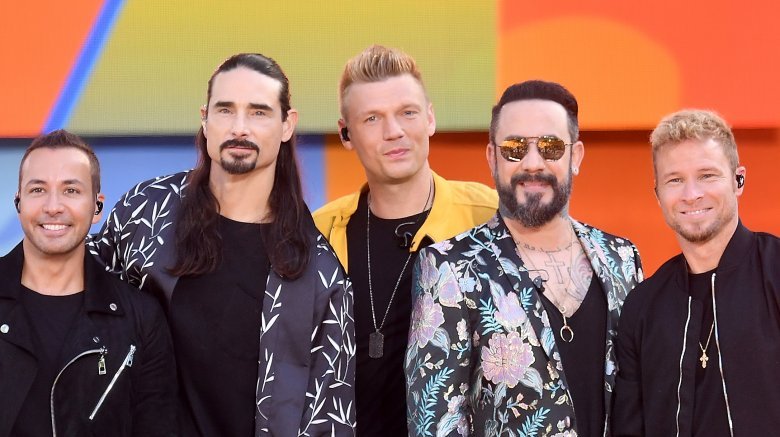 Fans of the Backstreet Boys rejoice — your favorite ‘90s boy band is heading into a new era!

Fresh off the release of their new single, “Chances,” the “I Want It That Way” singers announced on Friday, Nov. 9, 2018, that they’ll soon be hitting the road on their biggest arena tour in nearly two decades, E! News reports.

But that’s not all! As the group recently revealed, their 10th studio album, aptly titled DNA, will be released on Friday, Jan. 25, 2019 — marking their first full-length record since 2013’s In a World Like This.

As Littrell, 43, released in a statement, “The journey is ongoing with us and there is so much left to do. We’re living the next chapter that hasn’t been told yet, and that’s exciting.” Meanwhile, his 47-year-old cousin, Richardson, teased the “Don’t Go Breaking My Heart” hitmakers’ upcoming album, stating, “We were able to bring all of our influences and styles into one coherent piece of work. These songs are a great representation of who we are as individuals and who we are as a group. It’s our DNA. We’re really proud of that.”

For his part, Dorough, 45, stated, “When this group started 26 years ago — and through all the highs and lows of our career — we’ve had to learn it wasn’t about us as individuals but about what’s best for the group. …It’s time for us to visit our fans all over the world.”

Between Britney Spears’ upcoming return to Las Vegas with her second residency, Britney: Domination, and the BSB’s recent announcement, it looks like 2019 is already shaping up to make all of our ’90s pop dreams come true.

Tickets for the Backstreet Boys’ DNA World Tour, which will end in Newark, N.J. on Sept. 15, 2019, will go on sale to the general public next Wednesday, Nov. 14.