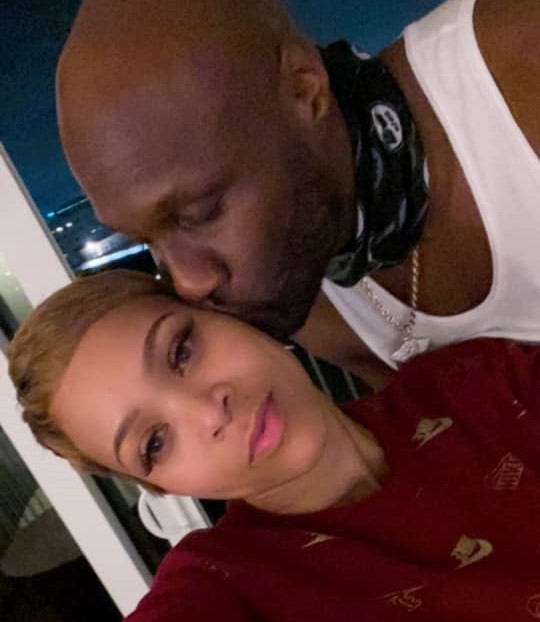 It seems leek Lamar Odom and Sabrina Parr are back together.

Just last week the fitness trainer announced she had ended her relationship with Khloe Kardashian’s ex-husband, Lamar Odom one year after their engagement.

In the post, Sabrina said she made the “difficult decision” to call off the engagement because it was the “best for myself and my children.” read the previous report here.

On Wednesday, November 11th, Sabrina shared a photo of Lamar kissing her cheek and wrote in the caption: “Made it in time to celebrate our 1-year engagement anniversary @lamarodom.” Lamar also reposted the image on his own page. 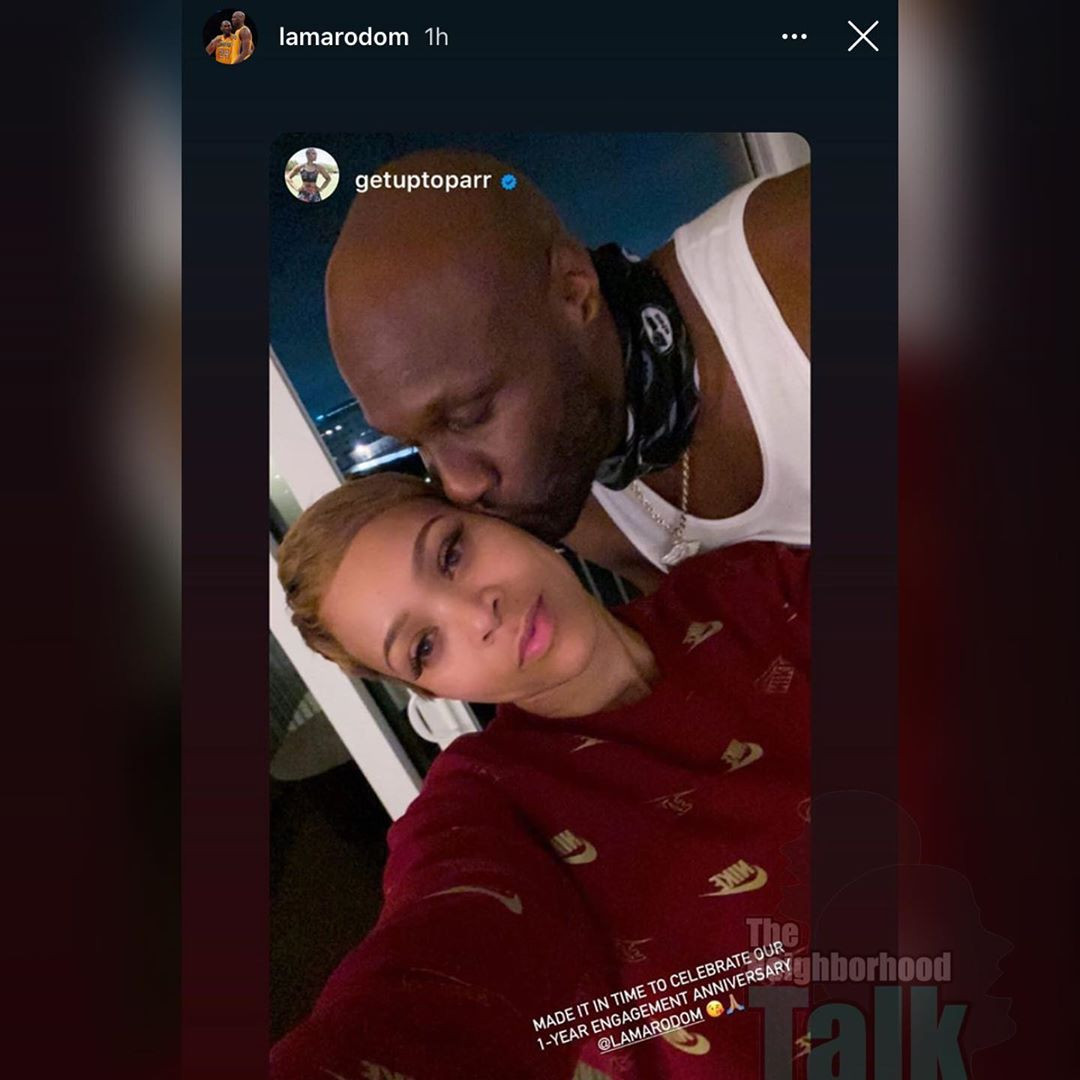 Some fans are both shocked and confused about how things turned out between the pair just days after Sabrina Parr initially ended their relationship.

“She wrote that long a** essay just to get back with him… Girl bye,” one fan commented on Instagram.

Someone else penned, “And she has just proved that she could NEVER give his kids relationship advice! You came up here with a whole passage and lied lady.”

“So she doesn’t care he on them drugs?” another fan asked, referring to Sabrina’s statement in which she hinted the reason why they ended their relationship was that Lamar relapsed on his drug addiction. “she basically accused him of still being on drugs but ok,” a person added, with someone else saying, “So she basically made a whole post about him still doing drugs & how she won’t be dealing with that ONLY to get back with him …….”