Back On? Southern Charm’s Ashley Addresses Rumors She’s Back With Thomas 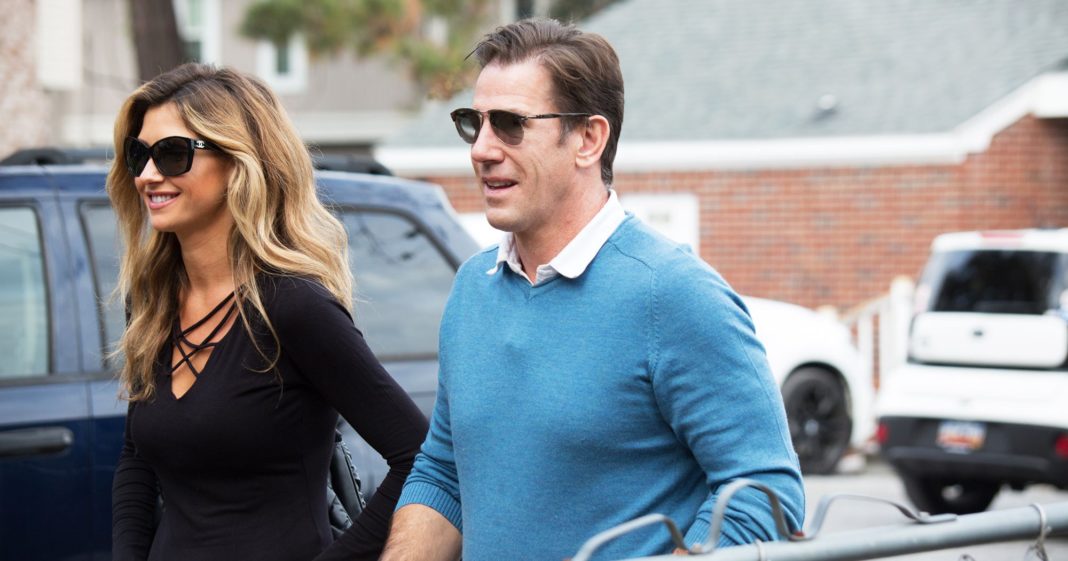 Not so fast. Ashley Jacobs denied rumors that she and fellow Southern Charm alum Thomas Ravenel are back together.

Everything We Know About ‘Southern Charm’ Season 6

“Thomas and I aren’t together. I wish him the best though,” Jacobs replied to a fan who asked why Ravenel was “all of the sudden turning” on her on Thursday, November 15.

The fan is seemingly referring to the 56-year-old slamming the registered nurse for “bad mouthing” the mother of his two children, Kathryn Dennis, in a since-deleted Instagram post earlier this month.

“I totally disavow this horrendous behavior and will have nothing to do with her,” Ravenel, who shares daughter Kensie, 4, and son Saint, 3, with Dennis wrote on November 12. “So hateful. Hope she gets help.”

Ravenel and Jacobs called it quits in August after more than a year of dating. Last month, however, the duo were seen together in Charleston, sparking speculation that they reunited. The former politician also “liked” his ex’s Instagram post on October 13 after she won a nursing award.

Dennis, for her part, alleged in court documents filed to modify custody in October that Ravenel encouraged Jacobs to “verbally assault and attack” the 27-year-old on Southern Charm. In the docs, Dennis referenced she and Jacobs’ season 5 finale fight, where Jacobs referred to Dennis as “just an egg donor.” (In Ravenel’s counterclaim filed on November 6, he denied encouraging his then-girlfriend to make “defamatory comments.”)

Jacobs, who confirmed she would no longer appear on Southern Charm on November 6, apologized to Dennis in an open letter via Instagram in August.

“I’d like to apologize for how I treated Kathryn, and how badly I disrespected her. I’m not sure what made me think it was okay to speak to a mother that way. It wasn’t,” she wrote in part. “It was not my place to say anything at all, much less the reckless comments I made. I crossed a line and hurt people who don’t deserve it.”

After Ravenel was arrested in September for alleged assault and battery regarding an alleged incident in 2015 with his former nanny, Bravo confirmed he was not returning to the series for season 6.

Southern Charm season 6 is expected to return in 2019.