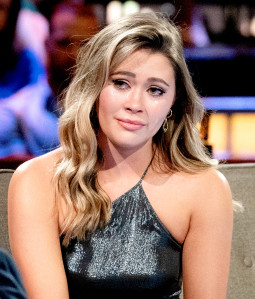 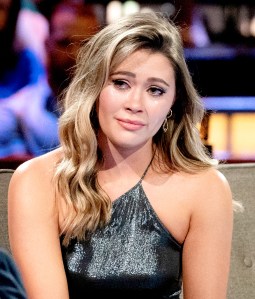 Speaking her truth. Caelynn Miller-Keyes, who placed fourth on Colton Underwood’s season of The Bachelor, shared a candid message about being bullied after the show.

“Looking at the trolls like… We live in a world where we never do anything right. Ever. Everyone always has an opinion,” Caelynn, 23 captioned an Instagram photo of herself looking solemn on Wednesday, March 6. “This experience has been so incredibly difficult. This show is super easy to make fun of, I get it, but viciously tearing people down is absolutely disgusting. Girls on my season are getting death threats, I’m getting told to go kill myself. That’s not OK.”

The former Miss North Carolina noted that, while she may have screwed up “more than others” while competing for 27-year-old Underwood’s heart, she doesn’t deserve to receive hateful messages.

“You can have your opinions, but keep the extra hurtful comments to yourself. The internet can be very dark, and instead of feeding into it, try taking a step back,” she continued. “We are real people. These emotions are real. You’re watching a TV show, but we felt all of these feelings in a very intense way. Remember that the next time you go to someone’s page to tear them down.”

Bachelor Nation praised the Miss USA runner-up for clapping back at her critics. “PREACH,” Corinne Olympios commented. Added Chris Randone: “Caelynn you did one of the bravest things in the show’s history. You’re a beautiful soul, don’t ever forget that.”

This is not the first time that the pageant queen has been vulnerable during her time in the ABC dating franchise. After her first one-on-one date with the former NFL player, which aired in February, Caelynn revealed that she had been sexually assaulted in college.

“I’m always scared to open up with anyone about this, whether it be a relationship, whether it be a friendship, just because people do freeze,” she exclusively told Us Weekly following the Bachelor: Women Tell All taping last month. “And I get it. It’s a hard thing, a hard topic to talk about and a hard thing to tackle. But Colton was just so… He was warm, he was comforting and he told me, ‘You’re safe with me.’ And that was the most important thing and I think that’s what every survivor needs to hear after going through something like that is safety and he was able to give me that.”