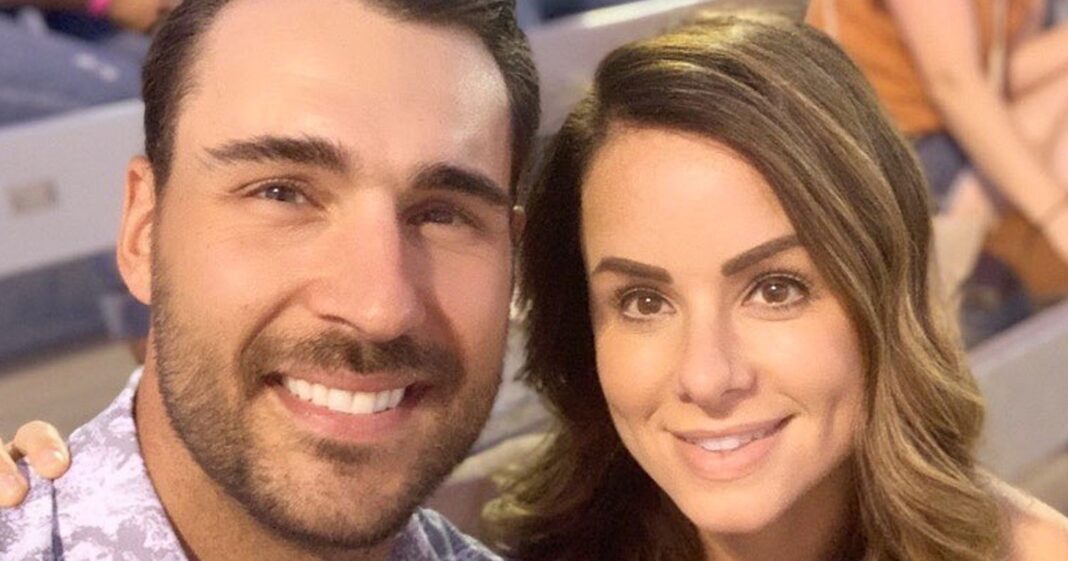 The personal trainer, 30, who romanced Kaitlyn Bristowe on season 11 of The Bachelorette in 2015 and later appeared on season 4 of Bachelor in Paradise, announced the happy news on Instagram on Sunday, August 25, sharing two photos that showed him on bended knee as he proposed to the dental assistant.

“She said yes!” he wrote. “Friday 8/23 I asked this beautiful women [sic] to marry me on the shores of Lake Tahoe, CA a place that’s always meant so much to us. @ssantilena you are my best friend and I’m so lucky I get to call you mine! I couldn’t be more excited to spend my future with you! • Let the Wedding planning begin!”

Santilena also shared the same pics, writing, “On Friday August twenty-third at approximately 6:30pm the most amazing man in world became mine forever! I still pinch myself everyday that he is my boyfriend, now I’m trying to wrap my head around him as my fiance! #ItsAlwaysBenYou.”

“I never want to imagine this life without him now that I know what life is like with him!” she added. “@benzornlife thank you for making me the happiest girl in the world! Im so excited for forever with you!”

Zorn and Santilena began dating after he left Bachelor in Paradise in 2017 and went Instagram official in September that year, with Santilena posting a photo with her new man and captioning it, “Finally done kissing frogs.”