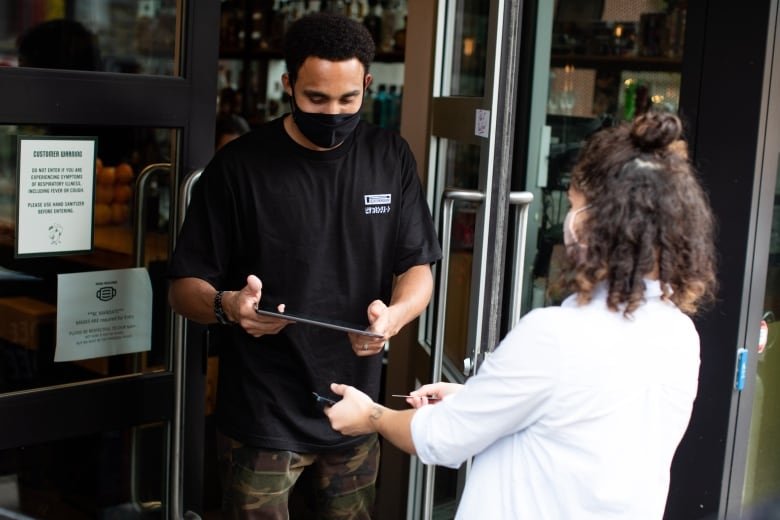 Two provinces are set to ease restrictions on Monday as Canada’s top doctor says nearly 90 per cent of eligible residents in the country have been administered at least one dose of a COVID-19 vaccine.

“This is why it is important that vaccines are part of a comprehensive, layered protection strategy that includes other practices and precautions.”

B.C. residents in swaths of the province will be allowed to attend events such as hockey games, concerts and weddings without any limits on numbers, but capacity will be capped at 50 per cent in areas where vaccination rates are low, including parts of the Fraser, Northern and Interior health regions.

Attendees at all organized events in B.C. will be required to wear face coverings and show proof of COVID-19 vaccination.

Ontario on Monday is also lifting capacity limits in a majority of settings where patrons are now required to show proof of COVID-19 vaccination. Those settings include:

Ontario Premier Doug Ford announced on Friday that the province plans to lift all COVID-19 restrictions by the end of March.

The Liberal government says several existing pandemic support programs for individuals and businesses will end Saturday, while billions of dollars will be spent transitioning to new ‘targeted measures’ leading into the spring. 4:55

As of Sunday, more than 243.5 million cases of COVID-19 had been reported worldwide, according to a case-tracker maintained by Johns Hopkins University. The reported global death toll stood at more than 4.9 million.

In Africa, scientists in South Africa are attempting to reverse engineer and replicate the Moderna vaccine amid a global vaccine disparity that has disadvantaged the continent.

PHOTOS | Africa tries to end vaccine inequity by replicating its own:

The number of COVID-19 infections recorded so far in eastern Europe surpassed 20 million on Sunday, according to a Reuters tally, as the region grapples with its worst outbreak since the pandemic started and inoculation efforts lag.

In Asia-Pacific, Melbourne, one of the world’s most locked-down cities that emerged from its latest spate of COVID-19 restrictions heading into the weekend, will see more curbs eased later this week when the Australian state of Victoria reaches an 80 per cent full vaccination rate, officials said on Sunday.

In the Americas, New Orleans held its first float parade after more than a year due to COVID-19, with the city’s streets lined with thousands of residents and tourists who came to watch the Krewe of Boo parade.