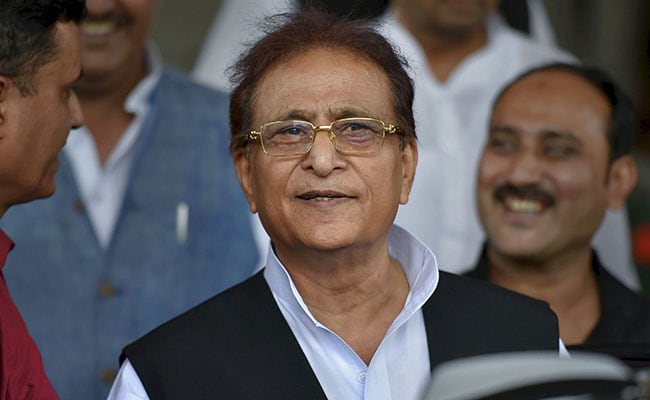 Samajwadi Party MP Azam Khan on Thursday was booked in a case of dacoity by the Uttar Pradesh Police for grabbing a piece of land for a school he built.

The senior leader has been named in the FIR along with former circle officer Alay Hasan, Fashahat Shanu, Virendra Goyal and constable Dharmendra for dacoity, conspiracy and forgery.

According to SP Rampur, Ajay Pal Sharma, the complainant Nanhe has alleged that Azam Khan and others took away his land and demolished his house. They did not just stop at that, the accused also took away his personal belongings, jewellery and his cattle, Nanhe said.

The complainant said that he was promised another piece of land in its stead but it never materialised.

“The complaint was found to be genuine during investigations and the FIR has been lodged,” the SP said.

Nanhe had lodged an FIR in this regard on October 15, 2016 but no action was taken.

The land was forcibly taken for the Rampur Public School.

Azam Khan had earlier applied for anticipatory bail in 29 cases of land grabbing registered against him in Rampur. Of which, 28 cases are related to the FIRs lodged by farmers of Aliyaganj.