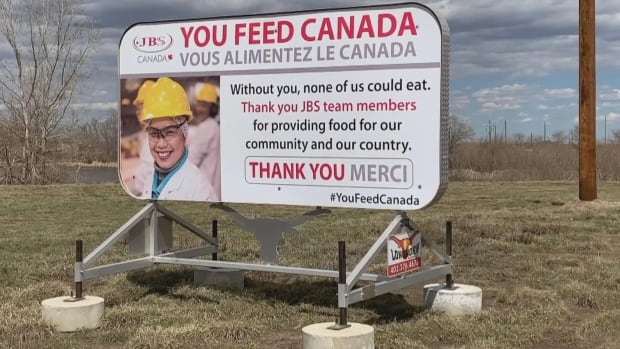 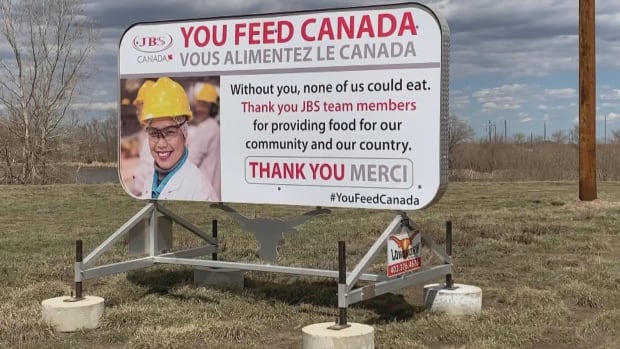 Provincial health officials will open a temporary second centre to test for COVID-19 in the southern Alberta city of Brooks, as an outbreak connected to a nearby slaughterhouse continues to grow.

The temporary testing centre will assess people who live in the city who are showing no COVID-19 symptoms. Appointments won’t be required.

Brooks is home to roughly 15,000 people, meaning nearly seven per cent of the city’s population has contracted COVID-19.

Alberta Health Services said it can’t confirm all cases in Brooks are directly connected to the facility.

JBS Foods has continued to operate its plant in Brooks as the outbreak has grown, despite the death of a worker and calls from the union for the plant to close.

Alberta Health Services said it has conducted four inspections of the JBS facility since its outbreak began.

Many of the plants workers are immigrants and temporary foreign workers. AHS said translation services will be available at the testing centre.

Those who wish to be tested should bring their health-care card and photo ID, and no more than two people should be in each vehicle.

JBS is the second largest outbreak of COVID-19 in Alberta.

The country’s largest outbreak — which was at one point the largest outbreak in North America — is linked to the Cargill plant near High River, Alta., where 954 workers and a total of 1,584 people connected to the plant have tested positive.

Anyone who is showing symptoms should call 811 or use the province’s online assessment tool, so they can be referred for testing at the existing symptomatic testing centre at the Brooks Health Centre.