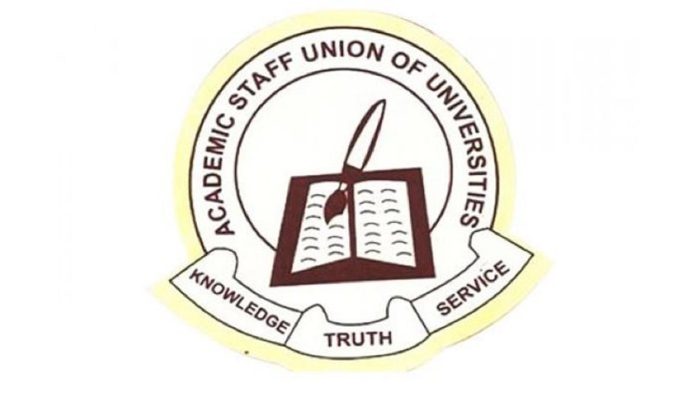 The Academic Staff Union of Universities ASUU, Uni-Ilorin has expressed appreciation to the Nigeria Labour Congress, NLC, for joining its course aimed at compelling the federal government to address lapses that have led to the shut down of universities nationwide.

The commendation came as the local chapter of the unions staged a rally in the state capital as directed by the NLC.

a correspondent who observed the rally saw some of the protesters carrying placards with inscriptions such as, “There is only one way forward; honor our agreement; national protest to get our children back to school”, amongst others.

They were seen going around areas like Post Office, Challenge, A-Division, Round About, and Government House on Ahmadu Bello way Ilorin where they submitted a letter to the state government outlining their grievances.

In a brief chat with reporters at the NLC Secretariat in Ilorin, the Kwara State Chairman of the Union, Aliyu Isa-Ore, said the rally was organized in solidarity with the Academic Staff Union of Universities (ASUU) members to press home their demand on the need for the federal government to honor their agreement.

He said the federal government had signed an agreement with ASUU some years back on University revitalization and other sundry issues.

Comrade Isa-Ore explained that if the federal government refuses to heed their demands after the rally, the Union will go on a three-day warning strike.

The Chairman of the Academic Staff Union of Universities (ASUU) the University of Ilorin, Professor Moyosore Ajao, and Chairman of the National Association of Academic Technologists Union, NAAT Comrade Awolola Femi poured encomiums on the NLC for supporting their course.

” Let the government tell us which of our demands are not legitimate.

“We have the right to ask for what we deserve.

” Is it our salary that has not increased over the last Thirteen years or our demand for government to make infrastructure available?.

Also read: Pride in Canada’s military has eroded over the past year: report

” We are not robots. Treat us like humans and save our children from idleness at home, “he said.

He also explained that the struggle belongs to the entire nation and not ASUU alone.

The chairperson called on the federal government to address the lingering strike to save students from becoming a public nuisance.

He added that no nation could grow beyond its intellectual capacity, adding that Nigeria’s education deserves a renaissance.

ASUU and other sister unions have downed tools for five months now, over demands bothering on universities revitalization funds, the Integrated Personnel Payrolls and Information System IPPIS as well as areas relating to earned allowances.