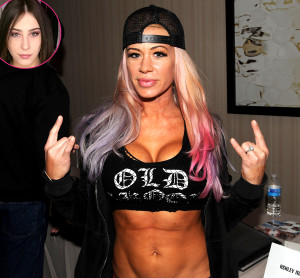 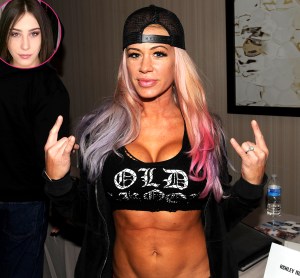 In mourning. Ashley Massaro’s daughter, Alexa Massaro, expressed her grief following the death of the WWE star at age 39.

“I wish i could have gotten more recent pictures,” the 18-year-old captioned a red carpet photo of herself and her mom via her Instagram Story on Thursday, May 16. “I love you mommy i want to wake up in your arms more than anything i want to give u a big hug please come back this cant be real.”

Alexa followed up her initial post with a childhood photo of her and her mom. “Please god this cant be it,” she wrote. 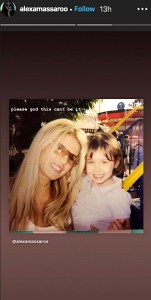 Us Weekly confirmed on Thursday that the Survivor alum died. According to TMZ, she was transported to a hospital from her home in Suffolk County, New York. She died at the facility in the early hours of the morning. Her cause of death is not currently known, though the website reported that officials deemed it “non-criminal.”

Ashley participated in the WWE’s Raw Diva Search in 2005 and ultimately won the competition. “We are saddened to learn of the tragic death of former WWE Superstar Ashley Massaro,” the WWE said in a statement on its website. “She performed in WWE from 2005-2008 and was beloved by her fellow Superstars and fans around the world. WWE offers its condolences to Ashley’s family and friends.”

She went on to appear on Survivor: China in 2007, but she was eliminated in the second episode.

Ashley seemed to be in good spirits in her final Instagram post. “Throwback to last summer in Vegas w @heymanhustle for the #thisisvegas campaign shot at the @hardrockhotellv since I’ll be headed there for @starrcastevents Memorial Weekend which is also MY BIRTHDAY!” she wrote on May 7. “Can’t wait to see all the familiar faces and to meet some new punx at the event! It’s gonna be a blast! Get your presales in and your trip booked by visiting @starrcastevents website! So excited! It’s in almost 2 weeks! Yay! Xoxo.”