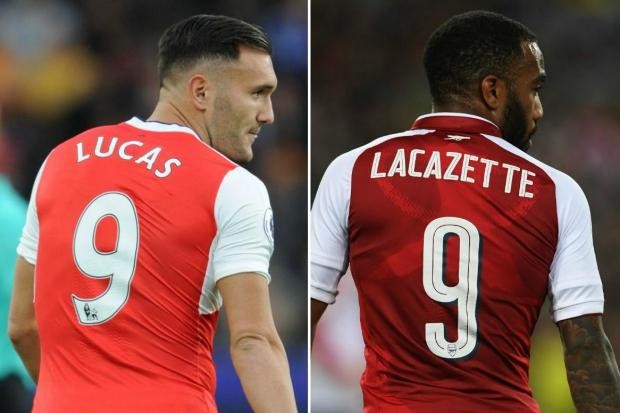 Stewart Robson breaks down some of Alexandre Lacazette’s Ligue 1 goals to show exactly what he’ll bring to Arsenal.

The FC crew discuss PSG’s pursuit of Alexis Sanchez, and whether there’s any reason for him to stay at Arsenal.

Stewart Robson says Arsenal’s thrashing by Chelsea in their friendly is indicative of the issues Arsene Wenger must fix.

The guys weigh in on Arsenal’s summer so far and question if Alexandre Lacazette will be a top Premier league player.

Arsenal forward Lucas Perez has slammed the club for giving his shirt number to Alexandre Lacazette without telling him, saying it was “the last straw” and that “I can’t go on this way.”

Perez was already expected to be sold by Arsenal this summer after struggling to break into Arsene Wenger’s team in his debut season, and his local Spanish newspaper La Voz De Galicia quoted him as telling Arsenal’s chief negotiator Dick Law recently that “I want to leave to play and be happy.”

The Spaniard is upset that Arsenal handed Lacazette the No. 9 shirt after he became the club’s record signing this summer, giving Perez No. 28 instead. He also said Arsenal blocked a move to China in February, and that a promise of more playing time never materialised.

“They [Arsenal] are not being fair with me. The act of taking away my [shirt] number without telling me anything to give to a teammate, that was the last straw for me,” Perez was quoted as saying. “It is unfortunate. And I can’t go on this way. I have given them everything, but they haven’t responded in kind. And I can’t take it anymore.”

A source close the player told ESPN FC that the quotes were accurate.

Perez was brought in from Deportivo La Coruna last summer after Wenger failed to land his main striker targets. He only started nine games for the Gunners but chipped in with seven goals and five assists, including a Champions League hat trick at Basel, and has had his mind set on a return to Deportivo.

“Last year I barely had any opportunities and when I had them I took advantage of them. And this season it is clear that it is going to be more of the same. I want to fight for the chance to play on the national team. I want to play football. But to do that I have to leave. And I think where I will be better off is in my home, with Depor,” he said.

“I feel like I was tricked. In February I was not allowed to leave for China but it was promised that I would be playing more and then I had even fewer opportunities. But the shirt number was an ugly gesture.

“The least they could have done was to let me know before [it was made public] even if they were going to take it away anyway. It is something the club was not involved in. On the trip, Lacazette asked the manager and he agreed to it [the number change]. Afterward, they communicated it to us.”