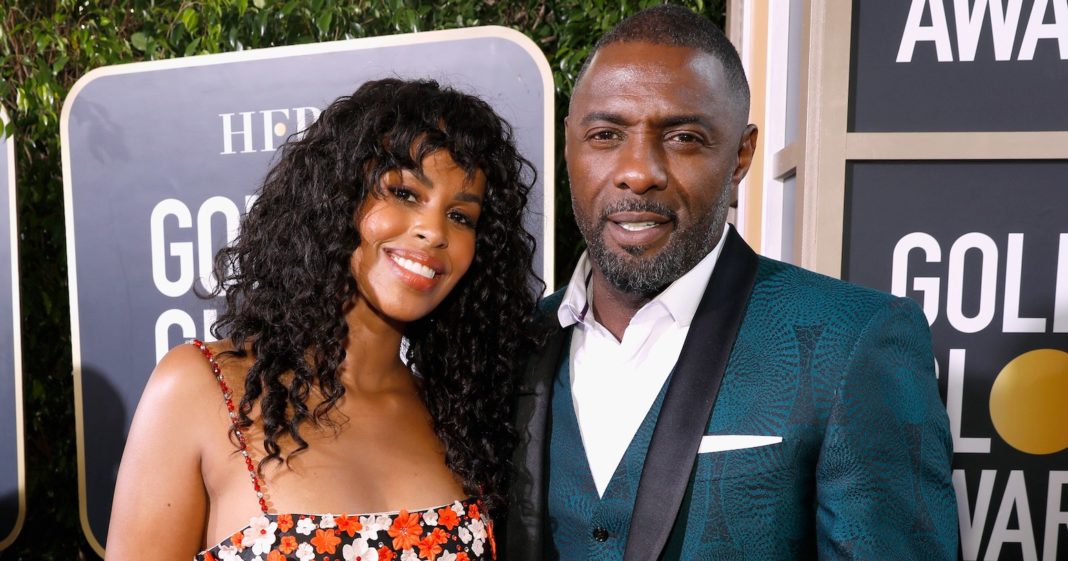 Not yet! Idris Elba’s fiancée, Sabrina Dhowre, denied they’re married after the Luther star called her his “wife” in an Instagram video.

“There’s a reason why black men love facial hair,” Elba, 46, said of his clean-shaven face in the clip on Friday, February 2. “It’s a kind of like shape thing. Whenever I have to shave off my facial hair, it’s like, what the front door, man. But then every now and again as I get older I just have to appreciate it. This is my mom and dad’s face. And not only did they give me this face, but they gave me the facial hair and they gave me the brains behind the facial hair, so, ahhhh. But now, man, I’m missing my s—ts right now. I’m making a movie at the moment where they insisted, based on the special effects, that you had to shave it, but — whoa — struggling. I always struggled with this bit between my nose and my top lip. It’s like massive, you know what I mean? But anyway, some people like it but a lot don’t, like my wife.”

After fans questioned Elba calling his fiancée of almost a year his “wife,” Dhowre clarified the situation with Metro in the U.K.

“Our wedding is coming up soon and I’m really looking forward to it,” the 29-year-old told the publication.

Elba and Dhowre got engaged in February 2018 at a London screening for his movie Yardie. He surprised his girlfriend when he got down on one knee with a ring box as the audience cheered loudly. The actor and the former beauty queen met in 2017 when he was filming The Mountain Between Us in Canada with Kate Winslet.

Celebrity Engagement Rings of 2018: The Most Fabulous Sparklers of the Year

The Avengers: Infinity War star has been married twice before and has a daughter, Isan, 17, with first wife Hanne Norgaard, and a son Winston, 4, with ex-girlfriend Naiyana Garth. Isan recently appeared on TV as the 2019 Golden Globes Ambassador at the awards show in January.