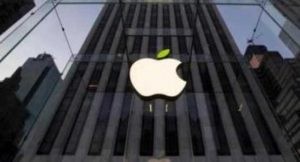 Apple on Monday introduced the HomePod speaker to compete with Amazon.com’s Alexa assistant and Echo devices for users who prefer voice-operated systems for shopping, planning and other tasks.

Apple will begin shipping the HomePod to the United States, Britain and Australia in December.

Apple introduced iOS 11, the next version of the software that powers the iPhone and iPad, and rolled out new tools for developers to create augmented reality applications for the devices.

And taking direct aim at services like those provided by PayPal Holdings, Apple also debuted peer-to-peer payments for Apple Pay in which users will be able to send money through the Messages app on iPhones.

That money can immediately be used in retail stores that take Apple Pay or can be moved to a bank account.