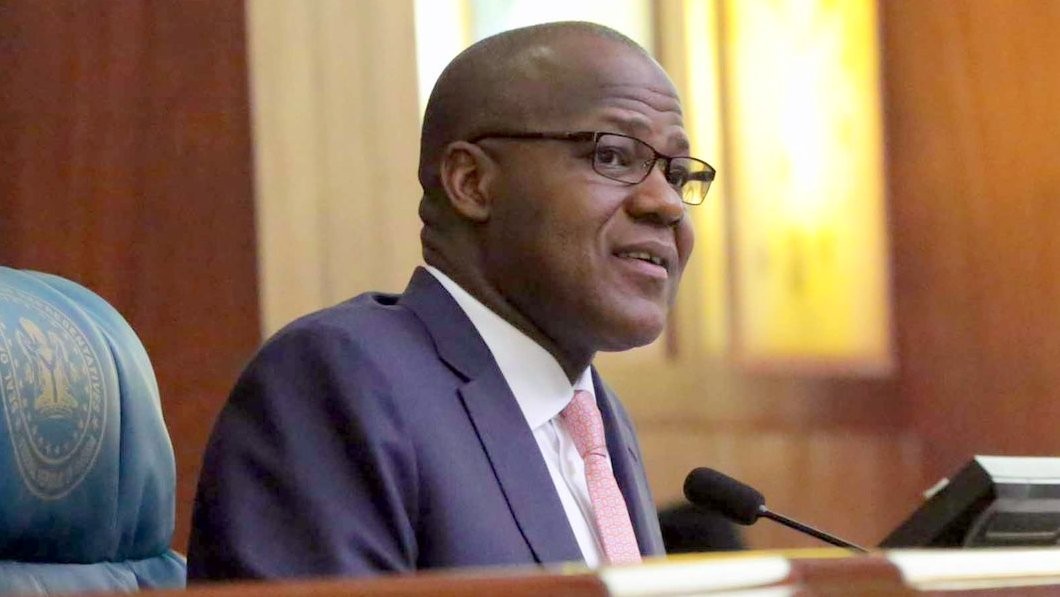 Minna – The Speaker of Niger State House of Assembly, Alhaji Ahmed Marafa, said the All Progressive Congress (APC)-led government in the state was the best thing to happen to the state.

Marafa said on Friday in Minna that the achievements of the government in two years was unequalled by any past administration in the state.

“I want to say that the past two years have been a worthwhile journey filled with lot of success stories.

“For those that know Niger state and will be very sincere in their assessment, they will admit that the level of development achieved by this government in two years is unequalled by any past administration.

“The best thing that has happened to Niger state and Nigeria is the government of APC because of what we’ve been able to do.

“Today, there is no ward you will go to in the state and not find one landmark project or the other and I stand to be challenged on this,’’ he said.

He said that the state government had made giant strides in water supply, road construction, education, health among others.

According to Marafa, the waterworks in the state have been totally overhauled and today, people who had given up on water running in their taps have a reason to smile.

“We have also embarked on roads construction which have opened up the state and greatly improved economic activities.

“Education is not left out as schools are being repositioned and rehabilitated under the whole school approach and before 2019 we should have at least 30 standard secondary schools,” he added.

He commended the governor’s prudence in the management of limited resources available to the state.

“We have never had a governor so prudent financially like Gov. Abubakar Bello.

“He sleeps and wakes up thinking about what next to do for Niger and not what he can gain from the state. It is rare to have such a governor” the speaker said.

On his social services in his constituency, he said that he had offered educational support to 300 students in tertiary institutions.

According to Marafa, who represents Chanchaga in the assembly, the gesture was part of my efforts to support the educational pursuit of youths in his constituency.

“When I came on board, I decided to make education a priority because of its importance in our lives.’’

He also disclosed that he had taken up the responsibility of kitting pupils in three primary schools with uniforms.

On health, the lawmaker revealed that he was working on a proposal for a health insurance scheme for people in the informal sector.

“Most insurance policies only cover the formal sector, so I decided to do the unthinkable by setting up a health insurance capturing only the informal sector.

“The project will cost me about N70 million and I have been saving towards that and hopefully, very soon it will be launched.’’

He said that the scheme would commence with 10,000 people, adding that treatment and drugs will be free for pregnant women, children of 0 to five years while others would pay only 10 per cent of the cost of drugs.