Anthony Fauci Shares Serious Doubts About Safety Of Russia’s Coronavirus Vaccine, Having a vaccine and proving it is safe and effective “are two different things,” warned the nation’s top infectious disease expert

Dr. Anthony Fauci, the nation’s top infectious disease expert, expressed serious doubt about the safety of a Russian-created vaccine for the coronavirus.

“Having a vaccine” and “proving that a vaccine is safe and effective are two different things,” the director of the National Institute of Allergy and Infectious Diseases told ABC News’ Deborah Roberts in a preview clip of an interview for National Geographic that was released Tuesday.

Russian President Vladimir Putin earlier on Tuesday claimed the country’s coronavirus vaccine, the first in the world, was ready for use ― even though it has not been subjected to a large-scale clinical trial.

Fauci explained in the interview that National Geographic will broadcast in full online Thursday that the U.S. has “half a dozen or more vaccines” in development and could start administering them as soon as “next week” if “we wanted to take the chance of hurting a lot of people, or giving them something that doesn’t work.” 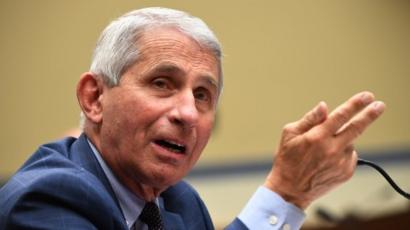 “So, I hope, but I haven’t heard any evidence to make me feel that’s the case, I hope that the Russians have actually, definitively proven that the vaccine is safe and effective,” Fauci continued. “I seriously doubt that they’ve done that.”

People should understand that the U.S. is not yet claiming to have a vaccine because “we have a way of doing things in this country where we care about safety and we care about efficacy,” Fauci added.

“I wouldn’t take it, certainly not outside a clinical trial right now,” said Gottlieb. “They’re claiming that it’s fully approved, but it’s not fully approved.”

“We certainly wouldn’t allow a vaccine to be used for mass distribution at this point based on the data we have at hand,” he added. “We just don’t know if the vaccines are safe and effective at this point.”