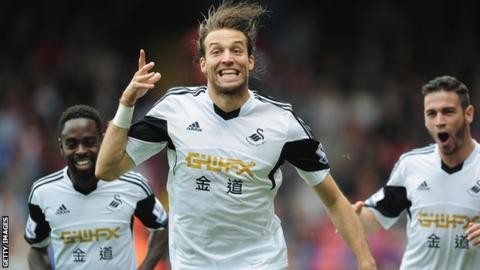 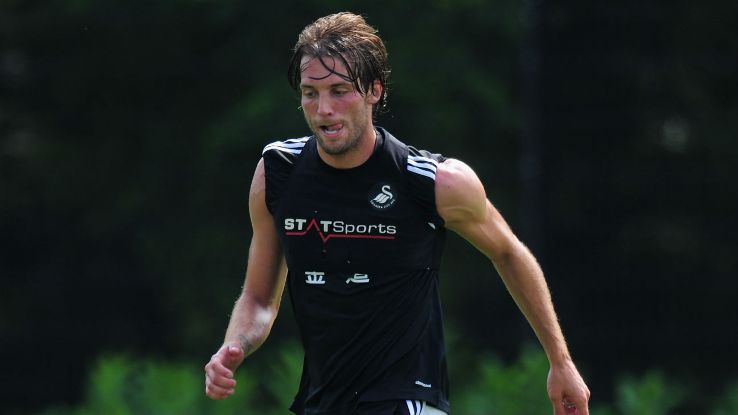 Michu enjoyed the best spell of his career with Swansea City.

Former Swansea and Napoli striker Michu has been forced to quit football at the age of 31.

The once-capped Spain international has suffered from a persistent ankle problem which limited him to only 12 starts for Real Oviedo in Spain’s Segunda Division last season.

“According to medical reports, the current situation of my right ankle has come to a point where it has forced me to say goodbye as a professional football player today,” Michu said in a statement on his Twitter account.

“Even though I am saying farewell to you with so much sorrow, I know that we will always be united. I thank you from the bottom of my heart for all the magical moments that you have given to me during all this time.

“I feel privileged to have fulfilled a dream that is shared by so many of us since childhood. The dream of becoming a professional player in this sport.

“Because of you, the public have given me an invaluable affection that I will never be able to repay. Indeed, I feel I have done nothing to deserve it all.”

Full name Miguel Perez Cuesta, he began his career at hometown club Oviedo before moving on to Celta Vigo and Rayo Vallecano.

Thanks for the memories ⚽️ pic.twitter.com/ml6NtdFwvw

Michu scored 16 goals in 37 league games for Rayo Vallecano in the 2011-12 season to earn a move to the Premier League.

Swansea, then managed by Michael Laudrup, paid £2 million in July 2012 and he quickly proved a bargain. Michu scored twice on his debut in an opening day 5-0 win at QPR and his late double in a 2-0 win at Arsenal entered Swansea folklore.

He also scored against Manchester United, both home and away, Chelsea and Tottenham and ended the 2012-13 season with 22 goals.

Laudrup’s side finished ninth in the Premier League that season and Michu also scored in a 5-0 Wembley win over Bradford as Swansea won the Capital One Cup — the club’s first major honour.

The following season, Michu scored in a memorable 3-0 Europa League win at Valencia, although injury prevented him from having the same impact as in his first campaign in Wales.

He was capped by Spain in a World Cup qualifier against Belarus in October 2013, starting in a 2-1 victory in Palma.

After 28 goals in 67 Swansea appearances, and with Laudrup having been replaced by Garry Monk, Michu joined Napoli on loan in July 2014.

But he played only five games in Italy as injuries struck again and, after after cutting his ties at Swansea, headed home to spend a final season at Oviedo after initially building up his fitness in Spain’s fourth tier with Langreo.