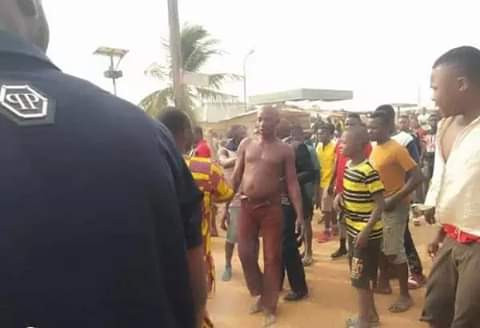 Angry mob sets notorious robber ablaze in Benue (graphic photos), The angry mob lynched a suspected notorious robber to death in Korinya town of Konshisha Local Government Area of Benue State. Witnesses said the suspect identified as “Natho” who had for a very long time terrorized his rural town met his waterloo on Monday, January 6, after allegedly snatching money from a popular businessman in the community. It was gathered that the alleged thief and his gang also allegedly forcefully made away with valuables belonging to the businessman and that it was about the fourth time the alleged thieves dispossessed the same victim of valuables. It was further learned that when the people of the area heard about the incident, they were displeased and decided to mount roadblocks on the two exits of the community in order to apprehend the alleged culprits. The police, however, according to witnesses swiftly swooped on the notorious suspect, arrested him and took him into custody. But, the angry mob was said to have mobilized to the police post in the area and forcefully retrieved the suspect who they thereafter set ablaze. The Police Public Relations Officer for Benue Command, Catherine Anene, who confirmed the incident, said that the mob took away the suspect who was earlier apprehended by the police. See the graphic photos below. 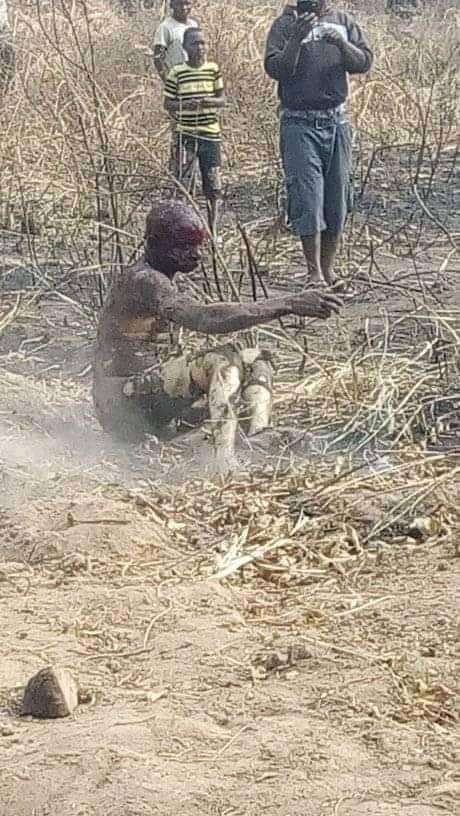 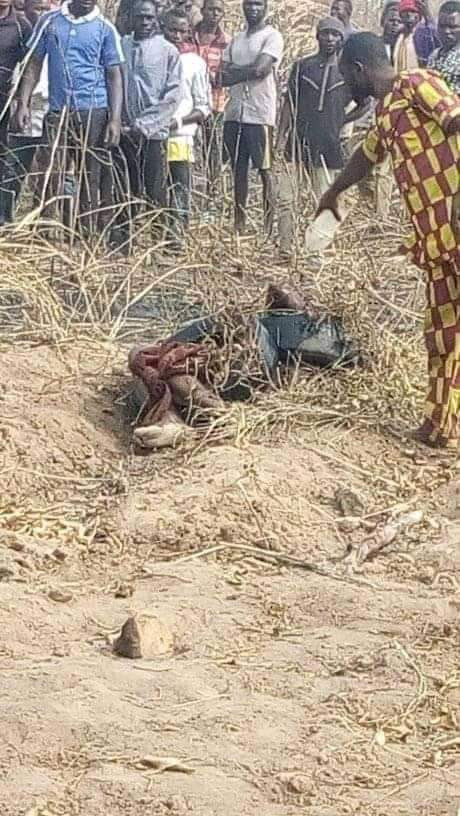 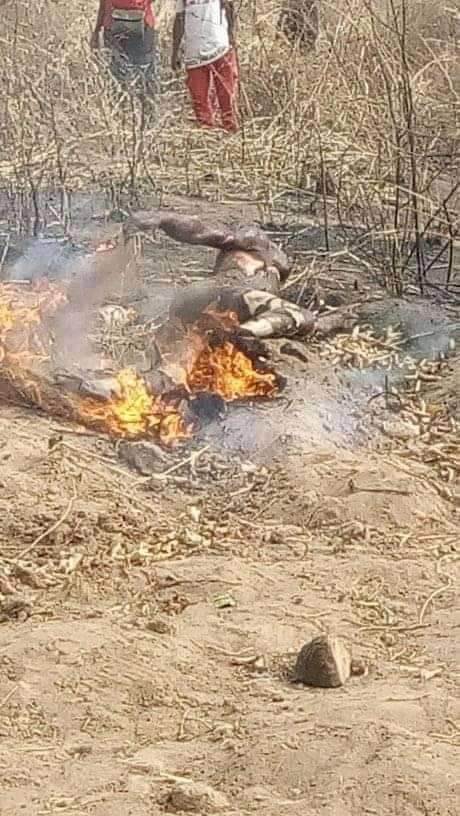