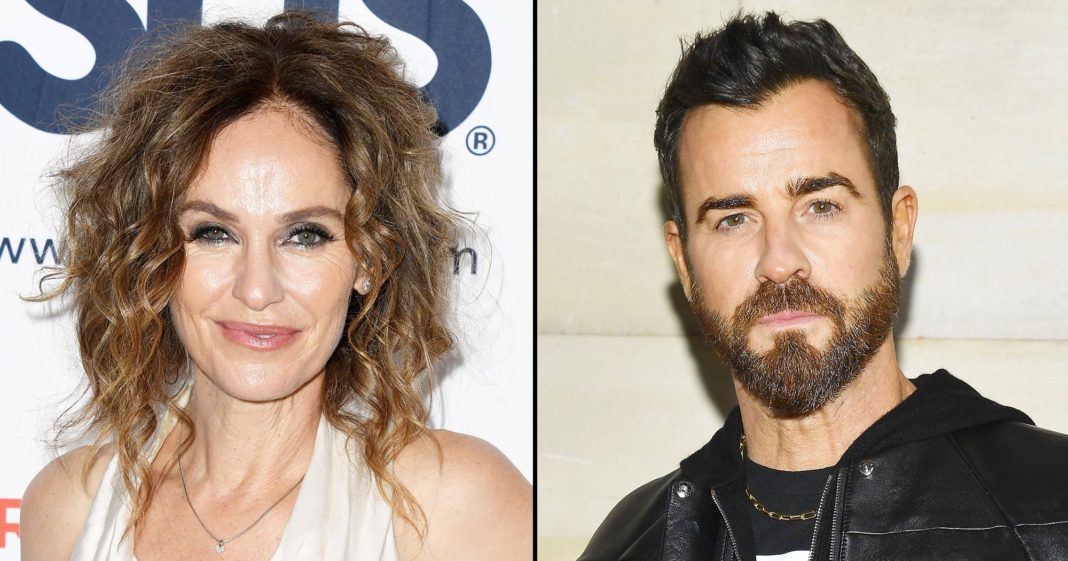 Amy Brenneman knows anyone would be lucky to land a date with former Leftovers costar Justin Theroux, but according to the actress, he’s more than meets the eye.

“Of course. I mean he’s a very special [and] soulful,” Brenneman, 54, told Us Weekly at the Step Up Inspiration Awards in Beverly Hills on Friday, May 31, of hoping Theroux finds love again after his split from ex-wife Jennifer Aniston.

“I mean Justin is one of those guys. He’s like a totally eccentric, nerdy artist trapped in this gorgeous face and body,” the Private Practice alum added. “And I think that is problematic. Because I would say he is not always as he appears. He is much more idiosyncratic. But he’s just the best. He’s such a generous soul.”

As for why someone would be fortunate to land a shot at love with Theroux? “Because he’s amazing!” Brenneman gushed. “Are you kidding? He’s got those dogs; he’s got that body. And he’s just a funny, warm, true blue kind of guy.”

Theroux, 47, and the Friends alum, 50, announced their split in February 2018 after two-and-a-half years of marriage.

“In an effort to reduce any further speculation, we have decided to announce our separation. This decision was mutual and lovingly made at the end of last year,” the former couple told Us Weekly in a statement at the time. “We are two best friends who have decided to part ways as a couple, but look forward to continuing our cherished friendship.”

The statement concluded: “Above all, we are determined to maintain the deep respect and love that we have for one another.”

More recently, Theroux and actress Elizabeth Hurley sparked relationship speculation after they attended multiple events together in Morocco in January. The Gossip Girl alum, 53, however, set the record straight in May while chatting with Us.

With reporting by Nicole Pajer