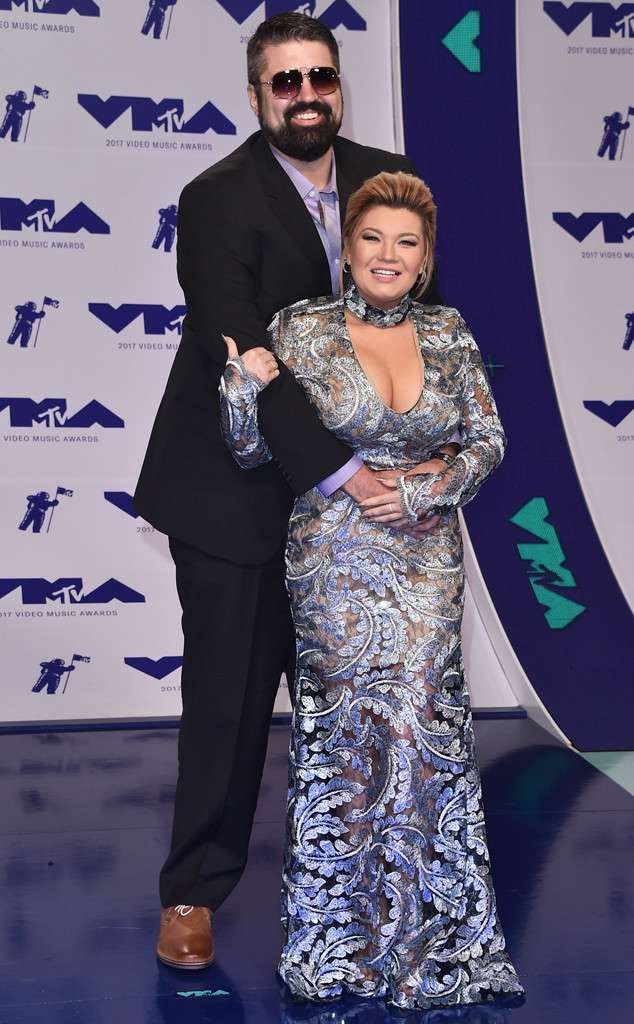 There’s a lot of change in store for Amber Portwood.

For starters, the Teen Mom OG star is expecting her second child, a baby boy, due next month on May 13. “His name is James Andrew Glennon,” the reality star revealed to E! News. His due date is “one day before my birthday.”

If all goes according to the birth plan, Portwood will ring in her 28th birthday as a mother of two with her beau Andrew Glennon by her side. As fans of Portwood well know, the expectant parents met on the set of Marriage Boot Camp last year as Glennon was working as a member of the crew.

“The best thing that came out of [the show was] meeting Andrew,” she told E! News. “He makes me the happiest.”

With a son on the way and sharing a house together, is marriage in the couple’s imminent future? “We’re not talking about that,” she said. “Right now, we’re happily living together and seeing where everything goes. Obviously, we jumped the gun and we’re having a baby, but I don’t know. He drops little hints here and there about things, but we haven’t necessarily talked about it.”

Currently, Portwood is focusing on the final stretch of her pregnancy. “I’m eight months pregnant, so I’m really tired right now,” she explained. “We’re getting the house ready for the baby. We’ve got new carpet, new flooring, everything.”

The excitement won’t stop there. After the baby arrives, the family will be heading to California in late June through August for Andrew, who will be producing a show there.

It certainly sounds like the star has turned her personal life around since appearing on Marriage Boot Camp with her ex Matt Baier.

“I think it was a different time in my life. I was going through the lowest of lows,” she recalled of shooting the show. “There’s no excuse for how I acted, but all I know is I was an unhappy person and today I’m happy and things are so much better.”