Wowplus
Home Lifestyle Celebs Again, R Kelly has been accused of grooming an underage girl as... 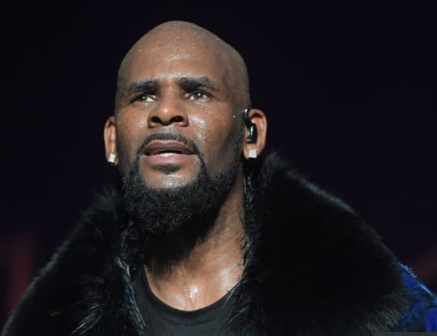 Again, R Kelly has been accused of grooming an underage girl as his ‘sex pet’

American R&B singer, R-Kelly has been accused of grooming an underage girl and sexually abusing her since she was 14-years-old.

A BBC Three documentary, reveals the latest in a string of allegations against the singer.   The accusation was made by Kelly’s former girlfriend Kitti Jones, who was referring to another woman as a victim of abuse.

34-year old Jones claims that at some point during her two years of dating Kelly, which started in 2011, he introduced her to a girl “that he told me he ‘trained’ since she was 14, those were his words”.

She continued: “I saw that she was dressed like me, that she was saying the things I’d say and her mannerisms were like mine. That’s when it clicked in my head that he had been grooming me to become one of his pets. He calls them his pets.”

Jones, who claims she was groomed by Kelly herself and forced into sex with him and at least 10 others in his “sex dungeon”, alleges that Kelly made the unnamed woman “crawl on the floor towards me and perform oral sex on me, and he said ‘This is my f**king pet, I trained her. She’s going to teach you how to be with me”.

The woman’s name at the time of the alleged incident is unknown. Kelly and his representatives made no comment to the BBC, the Guardian or Pitchfork, but he has previously denied accusations that he physically, sexually and mentally abuses women. Last year, Jim DeRogatis reported accusations against Kelly that he held young women against their will in an abusive “cult”, with several sets of parents coming forward with allegations about their children.

They accused him of “brainwashing’ women in a set-up where he controlled what they wore, who they could speak to, and when they could use the bathroom or their phones.