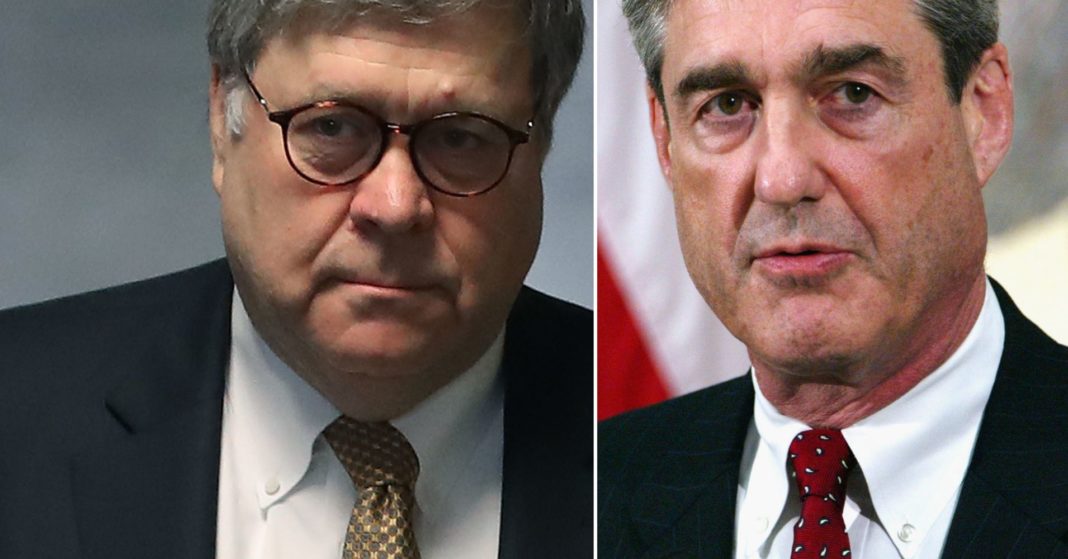 Investigators for special counsel Robert Mueller have told associates that Attorney General William Barr inadequately characterized the findings of their inquiry, which they say could be worse for President Donald Trump than Barr suggested, The New York Times reported Wednesday.

The officials didn’t elaborate, The Times reported, but it said some members of Mueller’s team thought that Barr should have included more of their material in the four-page summary he released March 24. His summary stated that Mueller found no proof that Trump criminally colluded with Russia and that he reached no conclusion about whether Trump obstructed justice.

NBC News hasn’t independently verified The Times report, which cited “government officials and others familiar with their simmering frustrations.”

On Wednesday, the House Judiciary Committee voted to authorize a subpoena for the full, unredacted report.

Barr has said he intends later this month to provide a report to lawmakers with certain material removed. He said he needs more time to edit the report, which runs almost 400 pages, for sensitive and classified information.

The Times said two government officials familiar with Barr’s thinking indicated that Barr was reluctant to deviate from Justice Department practices by disclosing damaging details in closing an investigation.

The Justice Department declined to comment on the report, and special counsel’s office didn’t immediately return a request for comment. But Rudy Giuliani, Trump’s personal lawyer, contended that the report relied on “disgruntled Mueller staffers who are rabid Democrat supporters” and that it revealed “yet another example of unethical behavior by Mueller’s staff.”

Giuliani said that had Barr’s summary reflected a “significant difference” from Mueller’s report, “Mueller would have corrected it as he did the false BuzzFeed report,” apparently a reference to the unprecedented statement the special counsel’s office issued in January contesting a BuzzFeed article reporting that Michael Cohen, one of Trump’s previous personal attorneys, had told Mueller that the president personally instructed him to lie to congressional investigators.

Rep. Eric Swalwell, D-Va., a member of the Intelligence Committee, reached the opposite conclusion, however, saying the Times report “shows why we need to get the report as soon as possible.”

“The fact that investigators would express this concern shows the imminence of this situation,” Swalwell said on MSNBC’s “Hardball.”

“There’s questions about persons in the Trump campaign and administration and transition who worked with them, and those are unresolved,” Swalwell said. “If we’re going to protect ourselves in the next election, I think this is a clarion call that we better get this report and get to work.”