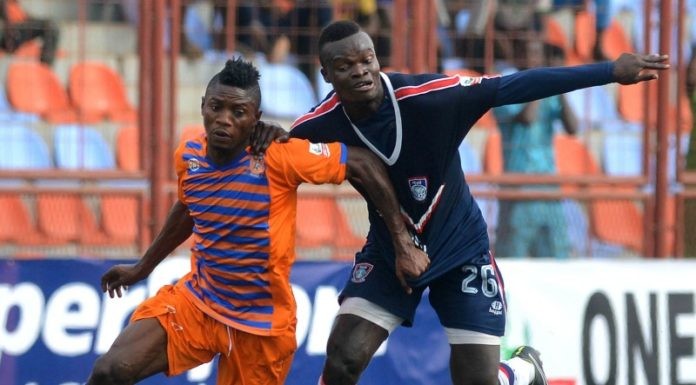 The League Management Company (LMC) has rescheduled the matchday 28 Nigeria Professional Football League (NPFL) clash between Remo Stars and FC IfeanyiUbah to Tuesday in Sagamu.
The match which was initially scheduled for Sunday was shifted after the hosts Remo Stars claimed that some officials and players were poisoned.
According to the club’s Secretary Michael Onikute, the affected officials and 16 players are currently being treated for food poisoning at the General Hospital Ikenne, Remo.
LMC announced via Twitter on Sunday that they acted according to the NPFL rule book for the 2016/2017 season regarding the rescheduling of league fixtures.
The relevant Article states: “The LMC shall have power at anytime to change the date upon which a League Match is to be played. In exercising such power the LMC may, as the circumstances require, consult with and take into account any representations made by the Clubs participating in the League Match in question and any other clubs which may be affected thereby.
“Upon a league Match being postponed or abandoned in accordance with Rules 13.15.1, 13.15.2, or 13.15.3, the LMC will thereupon exercise its power Under Rule 13.8 and fix a date upon which the league Match in question shall be played.”