A Wedding Ceremony on the Steps of the D.C. War Memorial 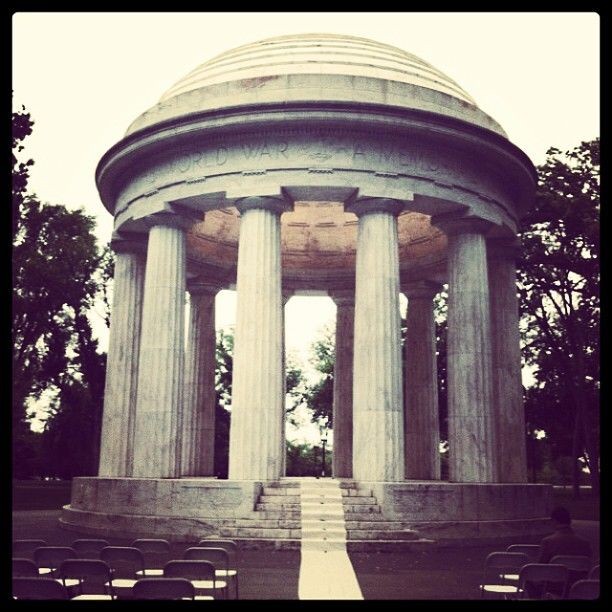 From Claire Duran Weddings and Events… Mike and Attiya met in D.C. on 11/11/11, and got engaged almost four years after during Attiya’s birthday. After their engagement, the only way in which they could have had the perfect celebration, was by walking the National Mall, as he knew that watching the sunset on the Mall was her favorite thing!

Since she was a little girl, Attiya tells us that she only imagined getting married on the Mall — she hadn’t a clear idea of how dress would look like, or whom the spouse would be– she just knew she wanted the Mall. Hence, when the time came, they planned everything around that long wanted dream.

Attiya’s parents hosted a large and formal Pakistani wedding, so the couple decided to do a small, simple cocktail-style wedding surrounded only by their closest ones the day after. They made sure that almost every aspect of their Big Day was local and personal. For instance, the DJ was the brother of Attiya’s best friend, the cake was from their favorite local celeb pastry chef (and ours!), Buttercream Bakeshop. Overall, they wanted something their children could look at one day and love. They didn’t want anything that followed a passing trend, that they would have regretted choosing years later. Instead, they wanted classic, elegant, simple, D.C.