Mexico is sending thousands of troops to the border with Guatemala as part of a deal with the US to stem the flow of undocumented migrants, mostly from Central America. Photojournalist Encarni Pindado has seen the impact of the harsher policies on the people making their journey north.

It is only 06:00 and at the Suchiate river that separates Mexico and Guatemala, almost a dozen people are jumping on to a fragile-looking inflatable raft, like many others have done over the years.

This is one of the 1,000 spots used by migrants for illegal crossings, and each of them have paid about $3.80 (£3) for a place on the raft to cross these muddy waters. In five minutes, they are all in Mexico.

It has been only a few days since Mexico started deploying thousands of National Guard members to the famously porous border with Guatemala, part of a deal reached with the Trump administration to stem the flow of undocumented migrants to the US.

From the river, migrants usually follow a similar path – up until now, largely undeterred: a bicycle taxi to the community of Ciudad de Hidalgo, then a shared taxi until the city of Tapachula, some 30km (19 miles) to the north.

But things have changed. At an improvised checkpoint on the main road leading to Tapachula, soldiers and the federal police now stop all cars while immigration officials check the identification of people travelling by bus and shared taxis.

Any foreigner caught without proper documentation is taken away and likely to be deported. In 40 minutes, two Cubans, one Honduran and one Guatemalan are detained.

In Comitán, a city some 150km north of Tapachula, 31-year-old Noe is being held in a small room that looks like a jail cell. The Honduran and his three-year-old daughter, Marlene, had travelled for five days by bus, taxi and even on foot, before being detained with other migrants at a checkpoint.

Noe recently lost his job at a factory in Choloma, near San Pedro Sula, from where thousands of other Hondurans have started their journeys to leave behind violence and economic instability. He is devastated with the idea of being sent back but, he says, this is not the end: soon, he will try his luck again.

The imminent deportation makes Armando, also from Honduras, cry. “I’m going to be sent back, to be killed,” says the 43-year-old who travelled with his daughter Rosalinda, 11, and nephew Milden, 14.

He could ask for refugee status in Mexico but the agency that deals with requests has seen a cut of 20% to its budget since President Andrés Manuel López Obrador – who had promised a more humane response to migrants – took office in December.

Every night, dozens of migrants sleep outside the agency’s offices in Tapachula so they can be the first to try to get an appointment in the morning.

But most of the smuggling of migrants into Mexico actually happens through the jungle and back roads to avoid the immigration checkpoints. It is a multibillion-dollar business, as each person pays between $3,500 and $7,000 for the dangerous journey.

As a result of the new migrant deal, officials estimate that smugglers lost $3.6m last weekend alone, when the National Guard found 791 migrants being transported in trucks.

South of Comitán, 12 heavily armed soldiers patrol the border town of Carmen Xhán in two vehicles. “The first 30 minutes [of an operation] are the most important ones,” says the sub-lieutenant in charge, “that’s when we have the best chance to catch the smugglers driving through”. After that, their location becomes known and smugglers find ways to avoid them.

The commando moves from one area to the next throughout the night. Even so, their presence does not go unnoticed by smugglers and, across the border in Guatemala, migrants turn back, unable to cross.

This was the second frustrated attempt for 24-year-old Denis Perez and his son, Denis Joshua, from the Guatemalan town of Petén. In their first time, they were detained in the Mexican city of Monterrey, near the US border. To pay for this trip, he says he mortgaged his land, and will now have to return and tell her wife and other child that they could not make it.

For him, like most others, more desperation waits when he gets back home. 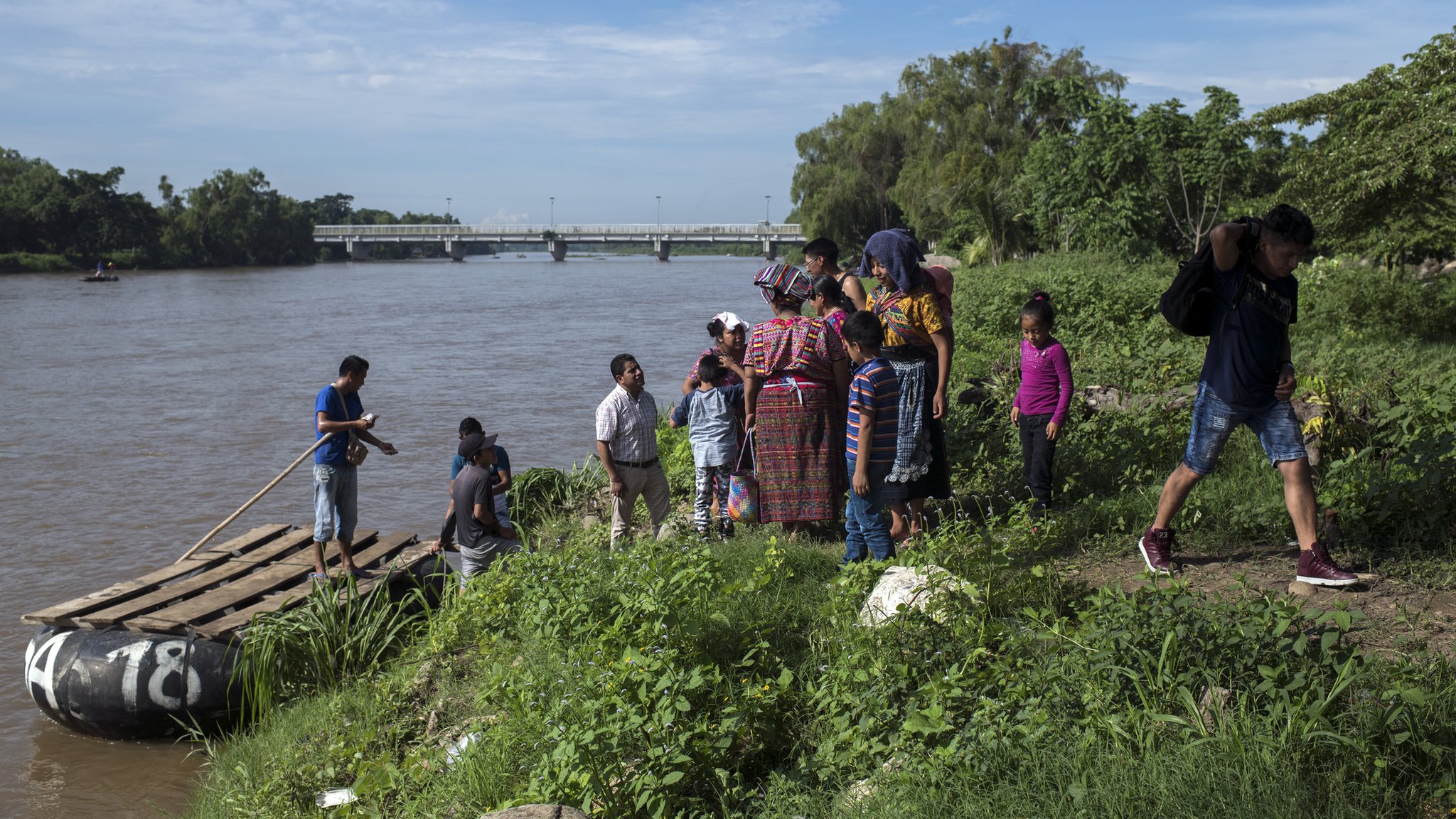